Are there any English speaking EU countries?

Until the 1990s, French was the dominant language of the EU. But new countries continued to join the union, and for many of these, English was a second language. As a result, the number of English speaking EU countries grew and grew; in doing so, English eventually became the majority language. 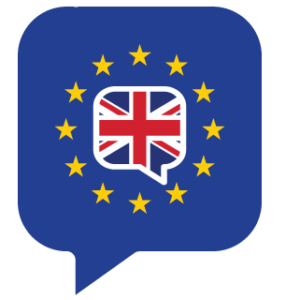 The UK’s departure from the EU ruffled a lot of feathers, many of them French! Now, French politicians can’t understand why the EU continues to use English as an official language.

Now that the rebellious Brits have left, will English speaking EU countries keep English as an official language? Will French rule the roost again, or will another language altogether be chosen?

As more and more countries joined the EU, so the number of translators that had to be used rose dramatically. Up to 3,000 translators now produce an estimated 1.8 million pages of translated copy every year. The EU’s annual expenditure on translation work is more than €300 million.

In addition to the enormous cost of the work, translations have frequently led to confusion and inaccuracies. These issues have mainly occurred because of similar words having different meanings in various languages. For instance, the word billion means a thousand million in English but a million million in French. The similar German term Billiarde refers to what the French would call a Quadrillion. When you are outlining budgets, it is quite important to choose the right words!

Why using English could cut the EU budget

Most national governments would welcome cuts to the EU budget. Some believe that adopting English as the lingua franca would help conserve cash as the production of EU documentation would be more efficient. Currently, all documents that contain binding regulations are translated into all EU languages.

English has gradually become the lingua franca of Europe anyway as most EU officials speak English and tend to converse with each other in English. However, while the officials of many eastern countries would be happy to adopt English as the single official language of the EU, French leaders are not so keen.

Clement Beaune, French Minister for European Affairs, is a promoter of European linguistic diversity and feels that English should be redundant now that the Brexit process has been completed. Others have joined Beaune in voicing anti-English sentiments. French right-wing commentator Eric Zemmour, said:

“I think this is the time to launch a counter-offensive in favour of the French language, to recall that French was the original language of EU institutions,”

An article published in Le Figaro also suggested that English should be given the boot. The piece recommended Latin as a viable alternative. The proposal to switch to Latin was based on the idea that ditching English would be a democratic move. However, it is hard to imagine how adopting a language that virtually nobody speaks could be democratic. Then there’s the fact that Latin is a complex language that is difficult to learn. Latin is probably a non-starter!

Esperanto has also been put forward as a good candidate for the official language of the EU. However, this argument probably doesn’t have any legs at all because Esperanto is spoken about as widely as Latin.

It has also been suggested that EU officials should never communicate in their native tongues. This would allegedly level the playing field because right now, those who don’t speak English are disadvantaged. Unfortunately for its supporters, this type of rule would probably have the opposite effect to that intended. It would simply lead to more conversations being conducted in English as many EU officials speak only their native tongue and English!

Little can be done to change the fact that English became the most widely spoken language in Europe pre Brexit; and continues to be so today.

An increasing number of European universities offer graduate degrees in English, and many people come to study nursing in Europe in English. This innovation began more than thirty years ago with business schools. English-language MBAs in Finland, Spain, Germany, and the Netherlands became highly sought after, attracting students from around the world.

Here is a breakdown of the top European countries that speak English: 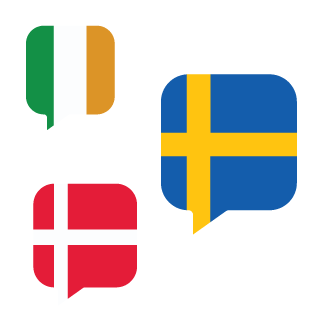 It should be noted that English is not a foreign language in the European Union. Ireland is still a member of the EU and is the country with the highest percentage of English speakers. This is not insignificant. The fact that an English-speaking country still has membership in the EU gives the language a champion in the political and economic union.

On a more humorous note, in 1995, a new language was proposed by Diego Marani, a translator for the European Council of Ministers in Brussels. It was called Europanto and played on the fact that languages borrow words and phrases from other languages. The new language had no fixed rules and a fluid vocabulary that could be used at the discretion of the speaker. The idea was that speakers would make use of words and phrases that they assumed the listener would understand. Assumption is a dangerous thing!

Unsurprisingly, Europanto was abandoned as a concept!

Could the EU banish English?

The English language does not begin and end with politicians and diplomats. It is a cultural form that is expressed in literature, film, and television. Shakespeare has been translated into every language in Europe, but there are still many Europeans who aspire to read him in English. The same goes for modern literary stars, not only from the UK and Ireland but also from the much greater powerhouse of America. 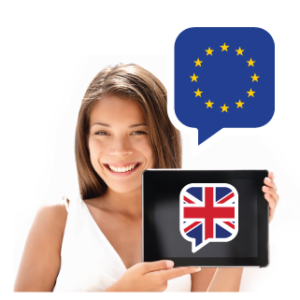 It can be hard to reach agreements when so many different countries and cultures are involved. How ironic that after the UK has left the union, the leaders of the remaining countries are spending more valuable time discussing the future role of the English language.

The cultural pull of the English language is unlikely to diminish anytime soon; anyone who launches a campaign to remove English from the EU equation is probably doomed to failure.

English is now the world’s lingua franca, and so many people speak at least some English that it would surely be foolhardy not to take advantage of that fact. English is the language of business and wasn’t adopted by the EU because the UK joined the union. It was adopted as a common language because most people could understand it.

As in the game football, the English language has now found a new home in Europe. The UK’s Brexit departure won’t change that. 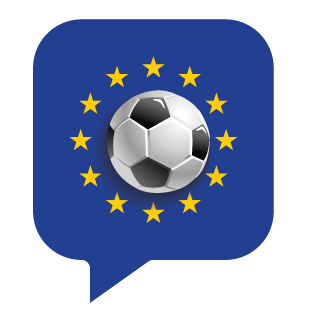