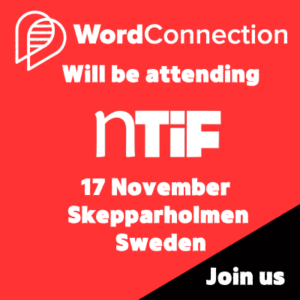 Interesting facts about the English language

It should come as no surprise that there are many interesting facts about the English language. After all, most people believe it to have a broader vocabulary than any other. In truth, there is some debate about which language features the most words. But there are more words in English dictionaries than in those of any other language.

There are many fascinating aspects of English. Here are just some of the facts that are worth remembering. You never know, they might come in handy the next time you are involved in a quiz night!

1. The most frequently used letter in the English language is E.

The alphabet contains 26 letters but the fifth letter, E, appears in 11% of all words. It is the third letter from the left on the top row of a keyboard. Its position has nothing to do with the frequency with which it is used. The QWERTY keyboard layout was inherited from transcribers of Morse code.

2. Antidisestablishmentarianism is not the longest word in the English language

Antidisestablishmentarianism is often quoted as the longest word in the English language. But that honour should really go to Pneumonoultramicroscopicsilicovolcanoconiosis. It’s the scientific term for the lung disease, silicosis. It’s controversial because it was made up specifically to be the longest word in the dictionary. The word was invented at the annual meeting of the National Puzzlers’ League by its president, Everett M. Smith

3. Enneacontakaienneagon is an English word

It might be a tongue-twister and it sounds like a German word, but enneacontakaienneagon is an English word and it means a shape with 99 sides. Unsurprisingly, this word isn’t used very often.

4. Dord is not an English word

The word dord appeared in the Oxford English Dictionary for 8 years during the 20th century but the entry was a printing error. Printing errors occur from time to time and the resulting words are known as ghost words.

5. The English word with the most definitions is Run

There are an incredible 645 definitions of the word run. It has overtaken set which was the word with the most definitions in the second edition of the Oxford English Dictionary, published in 1989. At that time, set had 430 meanings and the entry for the word was the longest in the dictionary at 60,000 words.

6. There are four words in English that don’t rhyme with any other words

As English boasts a vocabulary of at least 170,000 words, you would think that there would be many words that don’t rhyme with any others. But there are only four – month, orange, silver, and purple. It’s strange that three of the four words are colours.

7. There are many English words which are contranyms

A contranym is a word which has contradictory meanings, depending on the context. There are several in the English language including the following:

Dust (to cover in fine particles, or to remove them)

Peer (person of the nobility, or an equal)

Refrain (to desist from doing something, or to repeat it)

Scan (to copy exactly or to glance)

8. There are seven ways to spell the sound /ee/ in English

This sentence contains all of them: He believed Caesar could see people seizing the seas.

9. The most commonly used word in the English language is the

10. The meanings of many English words have changed dramatically over time

Take the word awful. It was a shortened version of full of awe and so originally meant inspiring and not terrible. The word cute was evolved from acute and originally meant sharp or quick-witted. It was in America that cute first came to mean attractive or charming. In certain contexts, cute has retained its original meaning, such as in the phrase don’t get cute with me.

11. You can fit every letter of the alphabet into a single English sentence

A pangram is a sentence that contains every letter of the alphabet. The most famous English pangram is this one: the quick brown fox jumps over a lazy dog.

A perfect pangram is one which features no abbreviations, acronyms, initialisms or proper nouns and uses each letter of the alphabet only once. These necessitate the use of little-known words. A good example would be this one: kat veld zubr gif cwm jynx qophs. This pangram means European bison of a shrubby African plain make digital image files of Semitic letters from valley wrynecks. Which, of course, makes perfect sense!

English spelling is tricky to master. The phrase I before E except after C is often quoted to help students learn to spell certain words, such as receive, correctly. But there are so many exceptions to this rule that it is essentially useless! Neighbour, weight, science, forfeit and glacier are just some of the English words which contradict the rule.

13. It is impossible to say how many words there are in the English language

This is primarily because new words are being adopted every day. As many as 4,000 new words are added to the dictionary every year. That is the equivalent of one new word every two hours. By the time you have managed to work out how many words there are, that number will have changed.