All languages are continually evolving. Advances in technology require us to develop new words to describe things that didn’t exist before. Old words gradually acquire new meanings. Travel, international trade and migration have all led to extensive borrowing of words from other languages. This is the root of Franglais.

As English has increasingly become the world’s lingua franca, people have inevitably adopted English words across the globe. This is particularly true of vocabulary relating to new technology and social media.

A fabulous fusion of languages

English is itself a fusion of many languages which were adopted and adapted after various peoples invaded Britain. Up to 45% of English vocabulary is of French origin. After William the Conqueror invaded England in 1066, French became the language of the nobility. Until this time, English words were mostly of Celtic and Germanic origin. It should come as no surprise that English vocabulary relating to the arts, politics, the law, and the military has been strongly influenced by French. These fields would have been dominated by the ruling classes whose first language was French.

It isn’t always obvious that English words are of French origin. Words are adapted over time and even acquire slightly or wholly different meanings. There are literally thousands of English words that have been borrowed from French. Here are just a few of them:

Many of the borrowed words have retained spellings close to or identical to the original French ones but are pronounced very differently in English. Over time, English speakers have adapted the pronunciations to suit the sounds that they are used to enunciating.

However, the most recently borrowed words have yet to be altered in this way. Words such as brochure, debris, catalogue, critique, machine, penchant and ambiance sound similar in both English and French. This may change in the coming years. 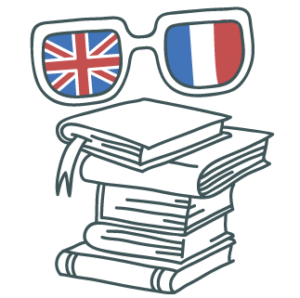 Many French expressions have also been absorbed into the English language and remain in common usage. These tend to be pronounced as they are in French. It is interesting that when more than one word is involved, English speakers usually retain the French pronunciations. Expressions such as femme fatale, enfant terrible, a la carte, déjà vu and joie de vivre are instantly recognisable as French but are used extensively by native English speakers.

The language of progress

While English vocabulary relating to the arts, the law and politics has been heavily influenced by French, technological advances have also adopted French words. Such borrowings have often been due to new words coined by French scientists, inventors and pioneers.

For example, helicopter, parachute, chlorophyll, oxygen, photography, stethoscope and thermometer are all words of French origin.

The development of language is so fluid that words can even be reborrowed. Many French words that the English have borrowed were themselves derived from English!

Take the French word gourmet, which is now frequently used in English. It is thought that the etymology of this word is as follows:

Of course, English words of French origin have also made their way back into modern French. For instance, the word budget which was a feature of Middle English. It evolved from the Old French word bougette which referred to a small leather bag and later to its contents. By the 19th century, the word budget had acquired its current meaning in both English and French (estimate of income and expenditure for a set period of time). Other words which have been reborrowed into modern French include pedigree, rave, suspense and tunnel.

Franglais and the connected world

The French language is regulated to a far greater extent than English. There is no official body in the UK or America that oversees the use of the English Language or dictates grammatical correctness. The Académie Française fulfils this role in France. The use of Quebec French is highly regulated, with laws having been passed in the province to ensure that English does not take over. However, it is impossible to prevent the evolution of languages, particularly in our modern and more connected world. The efforts of public officials and academics to dictate how French should be spoken, written and utilised will inevitably fail.

Most of the English words which have recently worked their way into French are related to new technology and the internet. These include terms such as networking and smartphone. New “buzz” words including brainstorming, timeline and hashtag have also been borrowed from English.

How will English and French continue to evolve?

Both languages will likely change considerably as time passes. Two hundred years in the future, English and French will have borrowed more words from each other and from other languages. The abbreviated language we use in texts and tweets will inevitably change the way we speak and write. Terms that are considered too informal for business communications now will be acceptable in the future. In addition, technological advances will likely necessitate the development of new terms to describe them.

It simply isn’t possible to prevent any language from evolving. The world in which we live is constantly evolving, and our languages develop to reflect this.

“Change is the law of life. And those who look only to the past or present are certain to miss the future.” 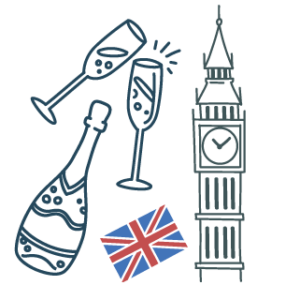