The problem with English plurals

English grammar is complex, contradictory and downright confusing! There are many aspects of the language which make mastering English tough, even for native speakers. Plurals are perhaps the most complicated and infuriating aspect of the language. It would take a lifetime to master every English plural, which is why mistakes are common. We would have to write a lengthy book to cover this subject fully. But we hope that the following summary will be helpful if you don’t know your loaf from your loaves. 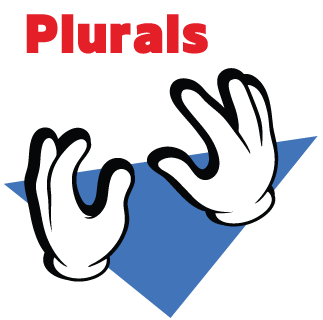 In standard English, there are five non-sibilant voiceless consonant sounds – /p t k f θ/. If you are not familiar with phonetic symbols / θ/ represents the -th sound. When a singular noun ends in one of these sounds, the plural is created by adding -s. The plural of cat is cats, and the plural of sheath is sheaths.

The English language features the voiced consonants /l/ and /r/. When singular nouns end in these sounds, the plurals are created by adding an -s, but this is pronounced as /z/. Thus, swirl becomes swirls and car becomes cars.

When a singular noun ends in a -y preceded by a consonant, -ies is usually added to form the plural. The -ies ending is pronounced as /iz/ or /aiz/. The plural of Lady is ladies and the plural of penny is pennies. Nouns that end with -quy follow the same convention. But there are exceptions to this rule as the plural of lay-by is lay-bys! In addition, the plurals of proper nouns, including people’s names, are formed by simply adding -s. So, the plurals of Harry, Larry and Mary are Harrys, Larrys and Marys.

When a noun ends in a -y preceded by a vowel, the plural is formed by adding an -s. Thus, day becomes days, and way becomes ways.

Things get really tricky with nouns ending in -o! The usual convention with plurals is to add -es, so that hero becomes heroes and potato becomes potatoes. But with words ending in -o, which are of foreign origin, only -s tends to be added. So piano becomes pianos, and kimono becomes kimonos.

Nouns ending in -i

The plurals of nouns ending in -I are usually formed by adding -s, but in some cases -ies is added. Alibi becomes alibis, but the usual plural form of chilli is chillies.

In some English words that end with the /f/ sound, the Old English convention of this voiceless fricative being pronounced as the voiced fricative /v/ has survived in the plural forms. Thus, the plural form of life is lives and the plural form of knife is knives. With some words, alternative spellings are accepted. The plural of dwarf may be dwarfs or dwarves.

Now things get even more complicated! Many English nouns have plural forms which do not follow the above conventions.

Nouns with no plural form

With some English nouns, the plural form is identical to the singular. These words mainly refer to animals. Examples include sheep, fish, buffalo, shrimp and species. Other words which are identical in the singular and plural forms include aircraft, spacecraft and chassis. 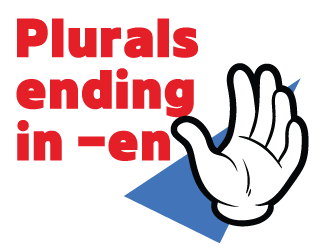 The plurals of a small number of English words are formed by adding -en. Examples include ox becoming oxen and child becoming children. These plurals are remnants of Old English.

Occasionally, plurals in English are formed by changing the vowel sound in the noun rather than the ending of the word. The plural of foot is feet, the plural of goose is geese and the plural of woman is women. However, just to make life even more confusing, the plural of mongoose is mongooses.

Some English plurals do not fall into any of the categories mentioned above. Instead, they are quite simply one-offs. For instance, the plural of person is people, and the plural of die (as in gaming) is dice.

With nouns that are borrowed from classical Latin, a simplified form of Latin semantics is used to create the plurals:

Words where the singular ends in -a usually have plurals which end with -ae. Anima becomes animae.

Nouns whose singular forms end in -m or -n generally have plurals ending in -a. For example, the plural of stadium is stadia.

With nouns ending -ex or -ix, the plurals are usually formed by replacing -ex or -ix with -ices. Index becomes indices.

When nouns of Latin origin end in -is, the plural is formed by replacing -is with -es. Thus, crisis becomes crises.

However, there are classical Latin words used in English which now boast anglicised plurals. For example, the original plural form of the word formula was formulae, but formulas is now the accepted plural.

With Some nouns of Greek origin, the Greek plurals have been preserved in English:

Greek nouns used in English that end in -on have plurals ending in -a. These nouns include criterion, the plural of which is criteria.

When nouns of Greek origin end in -ma, the original plurals would have ended in -mata. This ending remains acceptable in Standard English but -s is also acceptable. The plural of dogma can be either dogmata or dogmas. 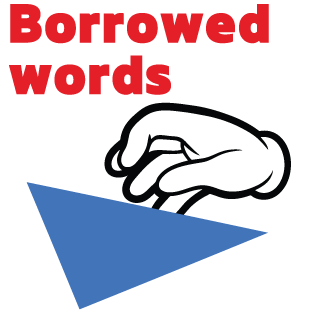 Words borrowed from other modern languages

A few words borrowed from French that end in -eau have plurals in English formed by adding -x. These include the noun bureau. Both bureaux and bureaus are acceptable plurals. The plural of timpano, a word of Italian origin, is timpani.

A few English nouns have been formed by joining two words to make a single word. Some of these so-called headless nouns end with words which would normally have irregular pluralisation. But the plurals of headless nouns are formed by simply adding -s. So, the plural of lowlife is lowlifes and not lowlives.

There is group of English nouns which have no singular form such as the words clothes and thanks. A sub-set of these nouns features words which refer to objects which have two parts. These nouns include scissors, glasses (as in spectacles) and trousers.

English nouns that do not refer to distinct objects or beings and those derived from adjectives tend to have singular forms only. Such words include wisdom, beauty and goodness.

Many nouns associated with the arts and sciences may look like plurals, but they function as singular nouns. These include mechanics, physics, robotics and linguistics.

When modified by a number, numerical terms are not pluralised. So, one would say two million and not two millions. But if the numerical term is not modified by a number, an -s is added to create the plural. It would be correct to say that either ten thousand people had attended a sporting event or that thousands of people had attended the event. The exceptions to this rule are phrases in which a numerical noun has a specific meaning rather than being simply an expression of quantity. In these situations, the noun would be pluralised. For instance, when describing a cricketer’s achievements, it would be correct to say that they had scored nine hundreds, rather than saying nine hundred.

Zero quantities are usually expressed as plurals. It is correct to say, I don’t have any apples, or I have no apples rather than I have no apple. However, if it has already been established that there is only one item in question, this rule does not apply.

While many English nouns are pluralised in a regular and predictable way, a large number are not. This confusing situation has arisen principally because the English language has been formed from many others, each boasting different semantics. In addition, numerous words have been borrowed from other languages in recent times and absorbed into English. The result is a mash-up of Old English, Latin, Greek, Celtic and German semantics. Consequently, it should come as no surprise to hear that native English speakers often make mistakes with plurals. Indeed, errors are so common that incorrect plurals often become accepted variants.

We should also point out that when writing this summary, it became apparent that even Microsoft’s spelling and grammar checkers struggle to cope with English plurals! 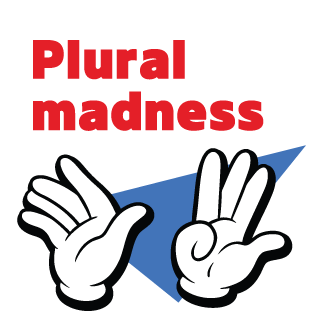