For more than a century, the Oxford English Dictionary (OED) has been considered the most authoritative of all English Language reference works. But when was it compiled, what inspired its creation and what’s next for the OED?

How the OED began

In 1857, the members of the Philological Society of London decided that none of the existing English language dictionaries were sufficiently comprehensive. They felt that an entirely new dictionary was required. The members wanted to explore the history of the English language from the Anglo-Saxon period onwards, but they knew that the scope of the required work was enormous.

A plan to compile a new dictionary was evolved. Unfortunately, the project proved to be considerably more enormous than anticipated.

The new dictionary was planned as a four-volume work that would feature 6400 pages. The intention was to include every word used in the English speaking world since 1150 CE together with older words that remained in use after this date. It was felt that the project would take ten years to complete.

Work began in earnest in 1879 after the Oxford University Press agreed to undertake the endeavour. But after five years, those working on the dictionary had only reached the word “ant”. Not only were the compilers working on identifying every word in current use, they were also having to research words used over the course of a millennia. To make matters worse, languages are always evolving, and so new words arrive, and old words acquire new meanings. The goalposts were constantly moving for the compilers, and it became obvious that the new dictionary was going to take decades rather than years to complete.

Compiling the dictionary and publication

A team headed by their chief editor, James Murray, worked on compiling the dictionary. In addition to discovering that the project would take much longer than they had anticipated, they also realised that the dictionary should be even more comprehensive than originally planned.

It took almost 50 years to produce the first edition of the OED. As soon as the dictionary had been published, the editors began work to update it. A supplement was published in 1933 and the dictionary was renamed the Oxford English Dictionary. The OED was reprinted in 12 volumes together with the single volume supplement. But that wasn’t the end of the story.

In 1957, Robert Burchfield was appointed as editor for a further supplement that would contain new information to enhance existing entries together with new vocabulary that was now in use. The scope of the dictionary was also expanded to include words from other English speaking countries. Published between 1972 and 1986, the second supplement featured four volumes.

By 1982, the OED was a truly vast work and one that continually required updating. It was clear to the Oxford University Press that it was necessary to update not only the dictionary but also the compilation methods. It was equally clear that the dictionary should be stored and worked on electronically. The New Oxford English Dictionary Project was established in 1984. Bespoke computer systems were built to process the data and enable electronic editing. No less than 120 people were involved in keying in the text of the OED. More than 50 proofreaders checked their work. The electronic form of the OED was updated to include 5,000 new words together with many new meanings for existing words.

The electronic version of the OED was completed in 1989 and in the same year, the second edition of the dictionary was published in print. It filled 22,000 pages (59 million words) and was presented in 20 volumes. 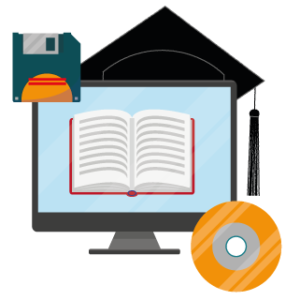 The second edition of the OED became available on CD ROM in 1992 and that changed everything. All the information featured in the unwieldy 20 volume dictionary could now be held in the palm of your hand. Search and retrieve functionality enabled users to perform complex research that would have been impossible before. The dictionary was much easier to use in its electronic form and this broadened its audience considerably.

Now available online, the OED is being revised once more. But this time, the aim isn’t just to create a supplement or merely to add information to existing entries. The entire dictionary is to be updated to create a reference work that is revitalised, larger in scope and more relevant. Changes are being made to the dictionary’s format and style to ensure that it is easier to read and to search. Etymological information will be expanded, and references will be drawn from more diverse sources.

The budget for this project is £34 million. Revisions will be published four times each year. The target date for completing the third edition of the OED is 2037. It is expected to be double the size of the second edition.

The largest entry in the OED

It is perhaps only possible to comprehend the enormity of the OED by considering the potential scope of a single entry. The longest entry in the second edition was that for the verb set. It took 60,000 words to explain the 430 senses of this single word. However, this entry was surpassed in length in 2000 by the revised entry for make and then in 2007 by the revised entry for put. In 2011, an even longer entry was created for run.

The OED isn’t the world’s largest dictionary. Neither was it the world’s first comprehensive monolingual dictionary. But it is probably the best known. The dictionary is a work in progress and always will be. Unlike many dictionaries, it does not merely detail the current meanings of words. The OED also features the history of every word.

The OED is the ultimate authority on the meaning, pronunciation and chronology of the words in the English language. The dictionary has been criticised over the years for being too scholarly and for relying on literary references rather than those from more commonly used and understood sources. These criticisms are justifiable but the issues they raise should be addressed in the new approach being adopted to the creation of the third edition. It probably isn’t possible for any dictionary to be all things to all people.