Shakespeare, parlour games and kids – the history of knock-knock jokes

Guaranteed to inspire many giggles, knock-knock jokes are firm favourites with kids. They follow a prescribed formula and are audience-participatory jokes that feature amusing plays on words:
“Knock, Knock!
Who’s there?
Lettuce.
Lettuce who?
Lettuce in, it’s cold out here!”

Knock-knock jokes tend to make adults groan rather than giggle, but children often love them. Youngsters are usually familiar with the simple formula of knock-knock jokes before they reach school age. The jokes now seem to have been around forever, but where did they come from? 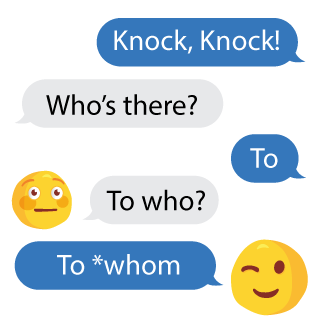 So great has been Shakespeare’s impact on English that it is always tempting to think that any features of the language could be traced back to the Bard. Of course, Shakespeare didn’t completely reinvent the language. But he appears to have been at least partly responsible for the evolution of knock-knock jokes. He certainly came up with the “knock, knock! Who’s there?” refrain that is always a feature of the witticisms. This appeared in Act 2, scene 3 of Macbeth:
“Knock, knock! Who’s there, i’ the name of
Beelzebub? Here’s a farmer, that hanged
himself on the expectation of plenty: come in
time; have napkins enow about you; here
you’ll sweat for’t.”

This passage is far from being a knock-knock joke as we now know them, but it could have inspired the formula that is now a source of such irritation for many parents. Those who hate knock-knock jokes will definitely view the passage from Macbeth as the greatest of all Shakespearean tragedies.

Do you know about Arthur?

We can’t lay the blame for knock-knock jokes solely at Shakespeare’s door. After all, this type of call-and-response humour wasn’t popularized until early in the 20th century. This was when a craze for “do you know?” jokes began sweeping America. They went something like this:
“do you know Arthur?
Arthur who?
Arthurmometer!”

Heaven knows why anyone found this funny, but plenty of people did.

In 1929, Henry Bett described a somewhat pointless children’s game called Buff in his work “The Games of Children: Their Origin and History.”  During a game of Buff, a child would bang a stick on the ground and the following dialogue would ensue:

Knock, knock!
Who’s there?
Buff.
What says Buff?
Buff says Buff to all his men, and I say Buff to you again.

This game seems to have spawned a thousand knock-knock jokes. By the 1930s, the jokes had become a significant craze across the pond. They soon migrated to the UK and further afield. Initially enjoyed by adults, Knock-knock jokes had become largely the stuff of kids’ humour by the 1950s and have never quite gone away.
“Knock, knock!
Who’s there?
Ashe.
Ashe who?
Bless you!” 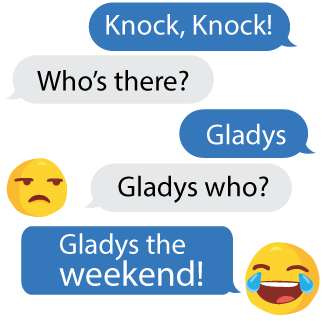 Knock-knock jokes are also told in Korea, The Netherlands, Spain and South Africa but are not as popular as they are in the UK and the United States.

Knock-knock jokes are still with us and are celebrated every year in the United States on 31 October as that is National knock-knock Joke day! Yes! There is such a thing! Adults and children alike are encouraged to tell classic knock-knock jokes and to invent new ones.

Are Knock-knock jokes losing their popularity? 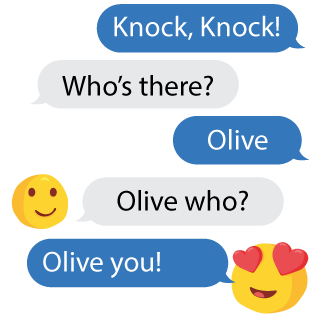 But in the UK, the future of these nifty witticisms is far from certain. Earlier this year, The Sun newspaper reported the results of a poll which revealed that millennials have largely lost the art of telling these jokes. The poll suggested that 20 per cent of under 30s have never been told a knock, knock joke. 75 per cent of all those polled said that they found knock-knock jokes to be old-fashioned and unfunny. The Sun reporter commented that the poll had not been “undertaken door to door”!
Whether you are a fan of knock-knock jokes or not, it is undeniable that they have entertained kids for decades. Many youngsters still find the jokes to be funny and they have played a part in launching the careers of successful comedians.
“Knock! Knock!
Who’s there?
Luke.
Luke who?
Luke through the peephole and find out.”

Do you have a favourite knock-knock joke? Have you invented any of your own? 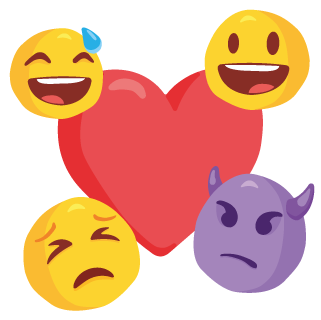