There are many regional accents in England. Whenever research is conducted to establish which regional accents people find most and least appealing, Brummie tends to emerge as the least popular. This might seem to be of little consequence. But the general dislike of the Brummie accent can be a serious issue for the people of Birmingham. 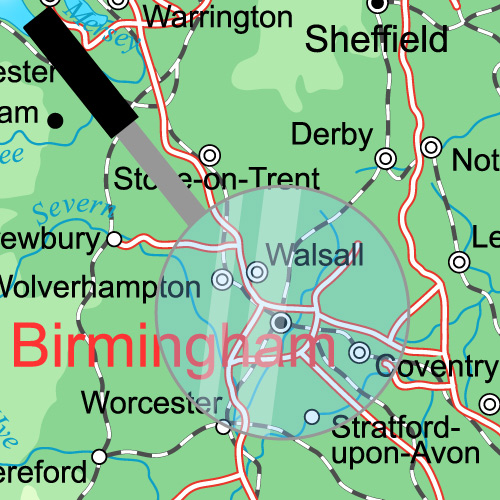 Brummie is the accent associated with England’s second city, Birmingham. The accent varies across the city and surrounding areas. It tends to become stronger, the closer people live to the centre of Birmingham. Those who have never heard Brummie should listen to Ozzy Osbourne, one of the city’s most famous sons.

You might be wondering why the accent of Birmingham is called Brummie. Birmingham was founded around 600AD and was originally called Brummagem. The name was gradually altered over the centuries until it became Birmingham. But Brum remained a slang term for the city, hence its inhabitants being known as Brummies.

It should be noted that while Brummie may sound similar to other accents in the West Midlands, it is not the same. But population mobility in recent years has blurred the distinction between accents, as is has in most regions of the country.

Why is the Brummie Accent so unpopular?

It can’t be a coincidence that so many native English speakers dislike the Brummie accent. It is thought that people scorn it because Brummie can sound a little lazy. In addition, unlike many English accents, Brummie features a downward intonation at the end of each sentence. This causes the accent to lack vibrancy. Brummie is a somewhat monotone accent and so doesn’t sing like Scouse, the Liverpool accent, and many others. Interestingly, non-native speakers don’t seem to dislike Brummie or to find it difficult to understand.

As people perceive Brummie to be lazy and dull, the accent has become associated with both a lack of imagination and low intelligence. This is extremely unfortunate for the people of Birmingham. It isn’t helpful to have a Brummie accent when you are applying for a job outside of the region.

Birmingham has rarely been chosen as a location for TV series and movies. Production companies have feared that the local accent might be off-putting for viewers and have not wanted to risk poor ratings for their programmes. Things have changed in recent years as the hit show Peaky Blinders is set in Birmingham. However, the making of this hugely popular series highlighted another issue with Brummie.

Brummie is a very difficult accent to master, even for native English speakers. Actors trying to mimic the accent tend to use too many facial movements and can end up sounding as if they are from Liverpool. Brummies don’t employ many facial movements when speaking but do pout their lips. A less than subtle approach to this tendency can leave actors doing goldfish impressions!

Birmingham is located in the middle of England and so features aspects of both northern and southern accents. This is another reason why those mimicking Brummie often get it so wrong. Here are the most obvious features of Brummie:

Here’s a video of Ozzy Osbourne who has never lost his distinctive Brummie drawl:

What is the most popular English accent?

If Brummie is the least popular of the English accents, what is the most popular? The answer will depend on which survey results you look at or which questions were asked. The findings of such surveys have varied considerably. Ironically, it is Northern and Southern Irish accents which are usually favoured and not the accents from England. If people are asked which accent sounds the most intelligent, most will say Received Pronunciation. But when native speakers were recently asked which English accent sounded the sexiest, it was the Essex accent which was voted to be the most appealing.

The subject of many jokes and spoofs, Brummie is a much-maligned regional accent. It is considered to be indicative of laziness and stupidity. But the popularity of Peaky Blinders might have inspired a change of attitude, even if some of the actors in the series have failed to properly master the accent. Perhaps we will see more Brummies on TV in future and the accent will cease to be quite so scorned.