Stupidly clever – oxymorons in all their glory

An oxymoron is a creative phrase or figure of speech that contains words that appear to be contradictory. The term is derived from the Latinised Greek word oxymōrum and first appeared in writing around 400 AD. Oxymōrum was in turn derived from the Greek oksús, meaning sharp or keen, and the Greek mōros, meaning dull or stupid, and if you just can’t get it, we’ve made a list of oxymorons for you.

Bearing in mind that the concept exists in other cultures, it is crucial when faced with a translation to recognise an oxymoron and avoid a literal translation that would perhaps be meaningless.

As a general guideline, one should avoid using oxymorons’ except in lower register texts. (Here’s our articles on registers.)

Oxymorons can be attention grabbers, but many are used so frequently that we have ceased to notice their contradictory nature. Those that are used or created deliberately are employed for a variety of reasons. They can be amusing or profound but either way, are usually thought-provoking.

There’s nothing like a great oxymoron for creating a sense of drama. The obvious contradiction in an oxymoron serves to highlight extremes of emotion or beauty. The phrase “painfully beautiful” seems incredibly apt when we are confronted by a vision that disconcerts us because it is beyond the realm of our previous experience. The juxtaposition of opposing ideas can also enhance feelings of impending doom. For instance, you could describe a disaster as being “amazingly awful”.

Of course, we have all experienced occasions when we have encountered something that boasts opposing qualities. Standing on the top of a mountain, we could find the view stunning, but the steep drop terrifying. In which case we might find the view to be terribly beautiful. Flying above a canyon on a zipline could be both horribly intimidating and great fun. The experience could then be explained as being terrifyingly amusing. Oxymorons provide useful explanations for life’s inherent contradictions.

Oxymorons when there are no words

Oxymorons work well in a variety of contexts when it proves difficult to summon the right words. They cause the listener or reader to pause for thought and to conjure both emotions and imagery that they might otherwise find impossible to imagine. For example, in Paradise Lost, Milton described Hell as a place where there was “No light, but rather darkness visible”. His choice of words were undeniably perfect. Oxymorons can lend a special flavour to descriptive speech or writing and enable us to see objects, places, people and situations in a new way.

Whereas poetry is often profound, oxymorons can also be entertaining. They imbue text and speech with an original twist and can raise a few laughs. Oscar Wilde once said that he could “resist anything, except temptation”. How brilliant! Andy Warhol said of himself, “I am a deeply superficial person.”

Marketeers must be clever with words, and that extends to employing oxymorons. Perhaps the most annoying of these is “genuine imitation”. Readers see the word genuine first, and that plants itself in their psyche so that the word imitation barely registers. The phrase is essentially identifying the product as a fake while suggesting that it has value.

Certain phrases may appear to be oxymorons but, on closer examination, are perhaps not contradictory. Many English words have more than one meaning or boast nuanced meanings. When they are paired with certain words, they create phrases that fall into a grey area. For instance, you might describe someone as acting naturally. Acting could mean playing a role that wouldn’t be natural behaviour at all. But acting can also mean to do something. Is “acting naturally” an oxymoron?

Many oxymorons are now used so frequently that their inherent contractions pass unnoticed. Nevertheless, these are phrases that all native speakers understand, and they are often the perfect words for certain situations:

Definite possibility – a great way of describing a situation when something might very well happen.

Deliberate mistake – this phrase is used to suggest that an error was not an accident but rather a deliberate action designed to deceive.

Accidentally on purpose – an ironic phrase that suggests someone has acted deliberately rather than being the victim of a random occurrence.

Almost exactly – describes a situation when something is close to being identical but not quite.

Calculated risk – it’s not possible to calculate risk, but this phrase neatly describes situations where someone can use their knowledge or experience to judge whether a risk is worth taking.

Conspicuous absence – a phrase used when someone or something is obviously not there.

Deafening silence – describes a situation where the silence is so apparent that it is disconcerting.

Going nowhere – When someone or something is unable to proceed.

Minor miracle – an event which isn’t so much a miracle as simply surprising.

The only option – the word option implies a choice, but this phrase describes situations where there is really only one thing to do.

Unbiased opinion – any opinion is necessarily biased, but this phrase is used when someone is not perceived to have any specific reasons to be biased.

Seriously funny – here, seriously is used to mean incredibly. It’s a great example of how the meanings of words can change over time. This would have been a true oxymoron in the past, but now it is more of a colloquialism.

You can see from our list of oxymorons above that they can require lengthy explanations. This highlights the fact that they enable you to neatly sum up situations with very few words.

Oxymorons are contradictions that play with your tiny grey cells. But somehow, when you hear them, you know what they mean. They lend a new dimension to language and inspire thought. They can make you laugh or inspire fear. They can stick out like a sore thumb or pass almost unnoticed. From hopelessly optimistic to irate patient, oxymorons are everywhere, but you sometimes need to look hard to find them.

What are your favourite oxymorons, and have you invented any yourself? 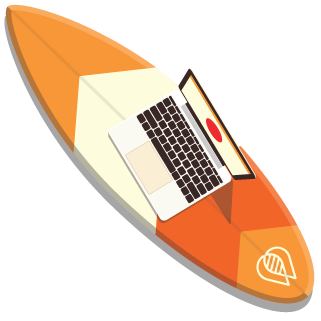