Personal names can be so damn funny, can’t they? It’s impossible not to laugh when you discover that your new teacher is called Mr Balls or that your neighbour has the misfortune to be called Smellie.

Sometimes names are unexceptional in their country of origin but absolutely hilarious elsewhere. We are thinking here of German ski jumper Andreas Wank who is probably relieved that his sport isn’t popular in the UK. However, it’s impossible to know whether he lives up to his name. And that brings us to the subject at hand (literally) – aptronyms.

Aptronym is the term for the funniest of all self-fulfilling prophecies – names that prove to be uniquely suited to their owners. Some people really do tempt providence when they name their children. Many bearers of appropriate monikers are the innocent victims of inheriting family names that come to define them. It is hard to know whether aptronyms are always coincidental or if they somehow tempt providence by inspiring their owners.

Could it be merely a matter of chance that the fastest human being in history was a Jamaican sprinter called Usain Bolt? Was the BBC’s Sarah Blizzard destined to be a weather presenter, or did her name contribute to her interest in meteorology? 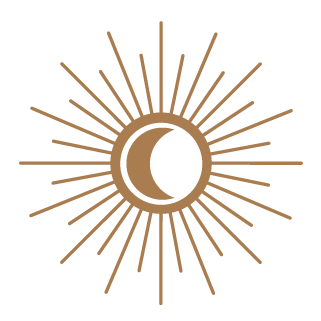 Most of the amusing aptronyms that we see are funny names that reference the chosen career of their owner. We could mention thousands of examples, but it would be hard to top Emily Wines, the celebrated sommelier or Rosalind Brewer, a senior executive at Starbucks. There’s an appeal court judge in England called John Laws, and then there’s the South African golfer, Gary Player. President Ronald Reagan’s press secretary was called Larry Speakes, and there’s an attorney in America called Sue Yoo! You couldn’t make that one up, could you?

We couldn’t end this list of professional aptronyms without mentioning the American quarterback Willie Thrower or, indeed, Doctor Richard Chopper, whose speciality was performing vasectomies! But surely the funniest career aptronym of them all is Thomas Crapper whose fulfilled his destiny by becoming a toilet maker.

The literary world has also given us a plethora of memorable aptronyms. William Wordsworth was clearly meant to be a poet! Many great writers have also created aptronyms for their characters. Indeed, Ben Johnson gave every character in his play Volpone a descriptive name. The greedy sneak Volpone (Volpone means fox) had a servant called Mosca (fly) and a lawyer called Voltore (vulture). His companion was a dwarf named Nano!

J.K. Rowling has revived the practice of using aptronyms in her hugely successful Harry Potter novels. Harry’s nemesis is the evil Draco Malfoy. Both his first and last names reflect his character. Draco is Latin for dragon, and Malfoy is a corruption of the French mal foi, meaning bad faith.

Some of the finest aptronyms reference deeds rather than career choices. The best known of these is probably Christopher Coke, who gained infamy as a supplier of cocaine. Then there was the brilliantly named Philander Rodman, the father of actor Dennis Rodman amongst many others! He fathered no less than 26 children by 16 different women. Did his own parents possess incredible insight into their child, or did Philander decide that he should do everything he could to live to his name?

We must add another name to this illustrious list. In 2015, at the age of 63, a Canadian gentleman was arrested for jogging naked in Ottawa. He subsequently pleaded guilty to mischief and was sentenced to three years of probation. His name was Donald Popadick!

When writers have chosen descriptive monikers for their characters, the resulting aptronyms are deliberate contrivances. But babies don’t choose their own names, and their parents can’t possibly know what paths their offspring will take in life. Are aptronyms nothing more than amusing coincidences or could a person’s name impact the decisions they make regarding their career and hobbies?

You might be surprised to hear that research has suggested that people’s names do play a role in what they are attracted to. The concept is known as implicit egoism. Humans may demonstrate a tendency to gravitate towards careers and interests with labels that resemble their names. For example, one study found that the names Denise and Dennis are overrepresented amongst dentists. Further research revealed that there were 112 doctors in America called Blood, Fix, Cure, Heal, Flesh, Gore, Ache, Looney or Doctor.

In the past, British surnames may have appeared to be aptronyms but were, in fact, deliberately chosen to describe the person. Surnames were not used in the UK until after the Norman Conquest and were not initially hereditary. Many were patronyms like Williamson, a name that would have been given to the son of someone called William. People were also named for their profession, hence the common surnames Carpenter, Butcher, Baker, Smith and Tailor.

Many youngsters would have followed their parents’ careers, but over time, this practice became less common. As a result, the connections between people and the meanings of their names was broken. But it appears that in some cases, that connection is now unconsciously restored.

There’s a wonderful array of aptronyms to enjoy. But our favourite example is the racehorse called Party Till Dawn that finished second in a race only to be disqualified when it tested positive for meth!

Do you have a favourite aptronym, or do you know someone who perfectly lives up to their name?

If you enjoyed reading about aptronyms, let us know by commenting below! 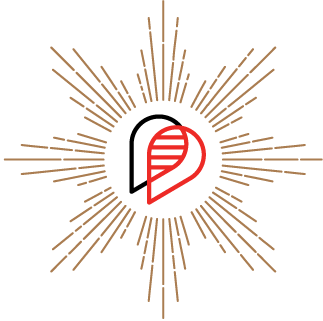