If you’re not familiar with Demon Slayer: Kimetsu no Yaiba yet, trends suggest that you soon will be. Set in Japan’s Taisho Period (1912-1926), Kimetsu no Yaiba tells the story of Tanjiro Kamado, a teenage boy who joins a secret society of demon-slayers after the arch-demon Muzan Kibutsuji murders his family and transforms his younger sister, Nezuko, into a demon.

Like Dragon Ball, Yu-Gi-Oh, and Naruto before it, Kimetsu no Yaiba first debuted as a manga in the pages of Japan’s Weekly Shonen Jump magazine in 2016 before quickly being adapted into an anime. Kimetsu no Yaiba has gone above and beyond the successes of those predecessors; however: the series’ first feature film (Demon Slayer: Kimetsu no Yaiba the Movie: Mugen Train) was released in Japanese theatres in October 2020 and has already gone on to become Japan’s highest-grossing film ever, breaking the previous record set by Studio Ghibli’s Spirited Away in 2001. With a sequel film in the works, an English dub forthcoming, and the release of the original anime series on Netflix US and UK in January 2021, let’s celebrate Kimetsu no Yaiba by delving into its hidden magic: the language that’s been lost in translation.

In fact, the swords used by the demon slayers are another example of where some nuance is lost in the translation. Referred to as “nichirin swords” in English, the original Japanese name (日輪刀, Nichirin-to) literally translates as “sun swords.” This name alludes to how demon slayers’ swords draw power from sunlight in the series, as most demon characters in Kimetsu no Yaiba are weakened or killed by exposure to direct sunlight.

While the magic of the Nichiren swords is explained in the manga and anime series, however, series creator Koyoharu Gotouge also includes several hidden meanings in characters’ names that aren’t accessible to English-speaking readers and viewers. For example, two senior members of the demon slayers squad, Zenitsu Agatsuma (善逸・我妻) and Giyuu Tomioka (義勇・冨岡), have kanji in their names that signify their righteousness to Japanese readers. The “Zen” ( 善) in Zenitsu means “moral goodness” while Giyuu (義勇) means “duty and courage.”

Unlike Zenitsu and Giyuu, however, series protagonist Tanjiro Kamado (炭治郎・竈門) is not born to high status, working as a charcoal-seller before deciding to join the demon slayers. Perhaps in reference to Tanjiro Kamado’s lowly position in Taisho-period Japan, Goutoge gives his protagonist a name that includes characters for kiln (竈) and charcoal (炭). Goutoge’s emphasis on Tanjiro’ low status in highly-stratified Taisho Japanese society is perhaps also a part of what has made Kimetsu no Yaiba so popular. Because Tanjiro becomes a hero despite his humble background, the series suggests that anyone can be a hero.

However, Gotouge also doesn’t reserve this kanji wordplay just for the heroic characters in the story. Kimetsu no Yaiba’s central antagonist, the arch-demon Muzan Kibutsuji (無惨・鬼舞辻), has several kanji characters in his name that allude to his demonic and dastardly nature. “Muzan” (無惨), containing the kanji characters for “nothingness” (無) and “cruelty” (惨), can be variously translated as “cruel” or “tragic,” and there is evidence for both readings in the story. As someone who kills several members of the protagonists’ family, Muzan is undoubtedly cruel. However, as it is revealed in the course of Kimetsu no Yaiba’s story that Muzan was himself turned into a demon when seeking a cure for a terminal illness, he is also tragic in some sense.

Furthermore, “Kibutsuji” (鬼舞辻) is comprised of the kanji characters for “demon” (鬼) “dancing” (舞) and “street intersection” (辻). The connection between the first character and Muzan aren’t hard to make: he is the arch-demon in the series. As for the “dancing in the street” meaning of the latter two characters, this is likely Goutoge referencing Muzan’s tendency to show off, often by dressing lavishly in a tuxedo or similarly fancy apparel. Muzan “dances in the street” by making no attempt to hide away: wherever he goes, he seeks to make a striking impression.

Are you a writer or a literary agent looking to make a similarly striking (but less demonic) debut in Japan? Do you think you have the next Kimetsu no Yaiba on your hands, but you’re not sure how to approach publication in Japanese? Our team of experts at Word Connection can provide you with foreign rights agency services. Get in touch with us to see how one of our team can help you today. 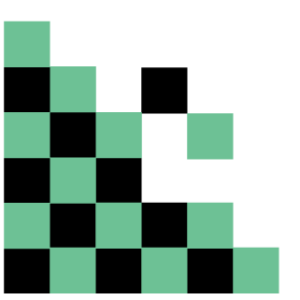