To many people around the world, videogames will always be inextricably linked with Japan. Japanese firms Sony and Nintendo have collectively sold over 1 billion games consoles worldwide. Japan’s videogame industry was valued at $19.2 billion in 2018, and – thanks in no small part to dedicated localisation teams – Japan is still a massive exporter of videogames into the European and North American markets.

Even the Japanese government has embraced what some call Japan’s “Gross National Cool.” At the close of the Rio 2016 Olympics, to mark the handover to the Tokyo games, Japanese Prime Minister Shinzo Abe appeared atop a cartoonish green pipe dressed in bright blue and red overalls. This homage to Nintendo’s Mario franchise earned the Prime Minister a new nickname – Super Abe.

Videogames have been a big part of Japan’s cultural exports to the rest of the world since the advent of mass home-console gaming in the 1980s with the NES (Nintendo Entertainment System, or Famicom in Japan).  Looking back at this history of the localisation of Japanese videogames and gaming consoles teaches us the importance of working with skilled translators to localise products, and to the importance of the marketing and branding that surrounds them.

All Your Base Are Belong to Us

Compared to today, videogame studios in the 1980s were much smaller, they didn’t allocate much time to localisation and often tasked videogame programmers with doing the translations themselves. Resultantly, Japanese developed games from this period often had translations that were likely not checked by native English speakers.

1988’s Ghostbusters on the NES, is one such example of this. Players who completed the game saw the following message flash on screen: “Conglaturation!!! You have completed a great game. And prooved the justice of our culture. Now go and rest our heroes!” This message shows the importance of native speakers in localisation. Because Japanese doesn’t have any L-sound characters it uses five R-sound characters (ら ra,りri, るru, れ, re,ろro) to roughly replicate these sounds. As such, mix ups between “la” and “ra” are much easier for Japanese.

It’s also much easier for non-native translators to get their grammar confused. The 1986 NES game Pro Wrestling is an infamous example of this. After players win a match, a screen appears telling them “A Winner is You!” This mistake is very understandable because, in Japanese, the sentence is correct with either the word “winner” (勝者shousha) or “you” (あなた anata) at the beginning, but this can only be correctly replicated one way in English.

Perhaps the most famously mistranslated game, however, is Zero Wing, released on the Sega Genesis in 1992, which features (among many other errors) the phrase “All your base are belong to us” in its opening level.

The confusion here highlights the important role native-tongue translators also play in deciphering context. “To belong” is a possible translation of the original Japanese word itadaku (頂く), but this word can also mean “to receive,” “to eat and drink,” or as is most likely the case in this context, “to capture or take hold of.” 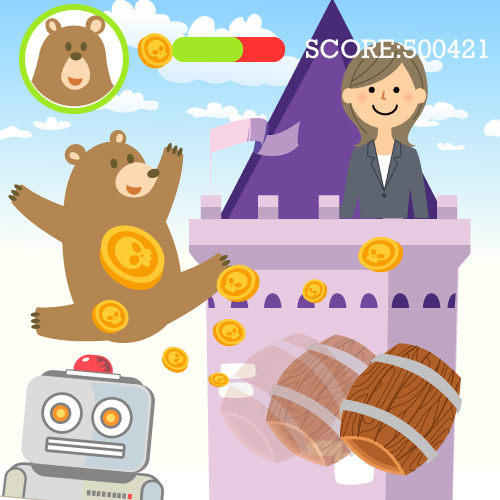 Looking at the history of videogame console manufacturers branding also shows the importance of localisation to brand strategy.

In 1958, executives at the (rather dull sounding) Tokyo Telecommunication Engineering Corporation (東京通信工業Tokyo Tsushin Kogyou) opted to change their company’s name to Sony (ソニー) for two reasons.

Sony was a play on the American derived Japanese phrase ソニーボーイ“Sonny Boy”, which was a 1950s slang term for the type of stylish young men to which Sony were marketing their products.

The other reason being that Sony, derived from the Latin “Sonus” (sound), was far more memorable to foreign consumers. This same philosophy later informed Sony’s decision to name their first games console the “PlayStation” or プレイステーションpureisuteishon in Japanese.

Nintendo’s first foray into international branding was not as successful, however. While Nintendo任天堂, sometimes translated as “leave luck to heaven,” is a very good Japanese brand name in that it references Nintendo’s origins as a playing card manufacturer in the 1800s, it caused problems internationally later on.

The Japanese name for the NES, the Famicom (ファミコン) is actually a clever play on the Japanese word for PC (パソコン pasokon) – unlike PCs, the Famicom was a computer for “family” fun.

The “Nintendo Entertainment System” was never a memorable name, which is why – when the NES was a runaway success anyway – many consumers simply started calling it and all other games consoles “the Nintendo.”  This put the company at risk of losing its trademark on its own name. Nintendo’s more recent move to foreign names, such as the Nintendo Switch (任天堂スイッチ, Nintendo suichi) shows that, without effective translators, videogame localisation and brand localisation can quickly lead to a game over.

Are you thinking of localising your product but don’t know where to start? Talk to us first and benefit from our wealth of experience in localising games for Japan.