The Infinite use of finite means

Wilhelm von Humboldt described language as “The infinite use of finite means”. How right he was! We have all experienced moments when we couldn’t summon the right words or have struggled to imbue our words with any semblance of originality.

Each language is limited to a certain number of words. But those words might be different according to which country you are in! Many languages are spoken in several countries but have evolved independently. Vocabulary, grammar and spelling can vary dramatically. Each version of a language boasts a finite number of words but offers infinite possibilities for mistranslations and misunderstandings.

English is the most obvious case in point. American, Australian and British English are all very different animals. This can lead to confusion, embarrassment and even considerable offence.

There is no better example of why localisation (or localization!) is the key to successful translation. 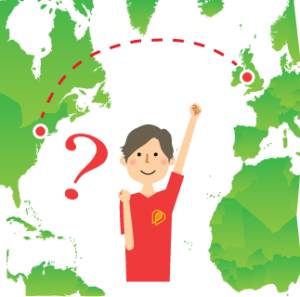 To the English, this is an obvious question. Manchester is a large city in the Northwest of the country, roughly 210 miles from London. But in New Zealand and South Africa, Manchester is bed linen and is generally to be found in a department store. If that department store happened to be in Manchester, New Hampshire, it might offer suspenders for men. This would confuse the English who would be looking for braces. Manchester, Nova Scotia, would be described as being 40 kilometres from Guysborough and not 25 miles.

Many Japanese love football and support Manchester United but probably wouldn’t have a clue where Manchester actually is. They wouldn’t consider Manchester United to be a football team anyway and Liverpool fans would agree but for different reasons! For the Japanese, Premier League and J League teams play soccer. Football is played by the New England Patriots and the Obic Seagulls.

Vocabulary varies between the English-speaking countries but so does spelling, grammar and even pronunciation. You might think that pronunciation doesn’t matter when translating texts, but it might do if the words are supposed to rhyme.

From Buenos Aires to Barcelona 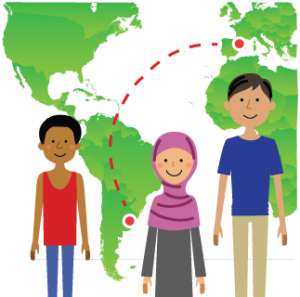 Of course, English isn’t the only language which is widely spoken. Spanish, French, Portuguese, Arabic and Swahili are also spoken in several countries as are many other languages. Sometimes the differences which emerge are clear and obvious but occasionally they are far more nuanced. This can be challenging for non-native speakers, even if their command of the language is excellent.

Due to the widespread distribution of English language movies, TV programmes and music, the differences between American, Australian and British English are widely understood. This may not be the case with Portuguese or Swahili. Many people would be aware that cars have boots in England and trunks in America. But would they know that in Portugal, a Fato is a suit but in Brazil, it is a fact.

Translation is fraught with complications!

There are many reasons why European Portuguese has evolved differently to Brazilian Portuguese and why there are variations between American English and British English. Each country is subjected to a variety of cultural influences and its language will always be influenced by society, historic events and migration.

Words are borrowed from many other languages or adapted from those of other languages. In England, the word coriander is derived from French but in America, this herb is known as cilantro which is derived from Spanish. There are animals and natural features in America which are not present in the UK and the names for these such as moose, skunk and raccoon have been adapted from the names used by indigenous peoples.

Why American is more English than English

Surprisingly, you could argue that American English is more English than British English. Many spellings have been changed in America and these adaptions were largely expressions of independence following a period of British rule. American spellings tend to better reflect the way that words are pronounced. In this regard, American English has moved away from the language of the first English settlers. But when it comes to pronunciation, it is British English which has changed the most. 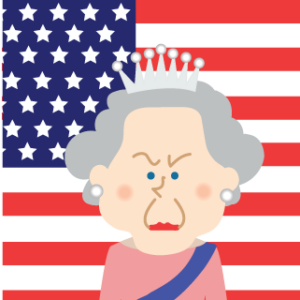 When the first settlers arrived in America, they took with them an English language which was based on rhotic speech. This is where you pronounce the r sound in a word. Back in England, the new upper classes wanted to set themselves apart and so started softening the r in their pronunciation. They began to say “win-tuh” instead of “win-terr”. Ordinary folk wanted to copy what we now refer to as received pronunciation and so British English, at least in the south, changed considerably while American English didn’t.

When you are chatting to the locals while on holiday, it doesn’t really matter if you make a few mistakes. You will muddle through and any misunderstandings are generally funny rather than infuriating.

But when you are advertising your product in a new territory or creating an instruction manual for a new market, it is vital that any texts are accurately translated and perfectly localised. Errors leave you looking at best unprofessional and at worst incompetent. You could cause offence or even lead people into danger with the mistranslation of a single word. 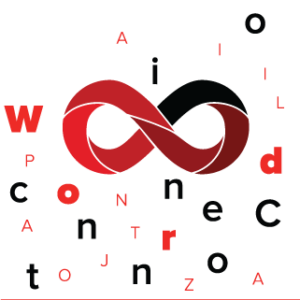 Perhaps von Humboldt should have suggested that Language is the infinite use of finite means but be careful which finite means you are using infinitely!