The evolution of colourful language 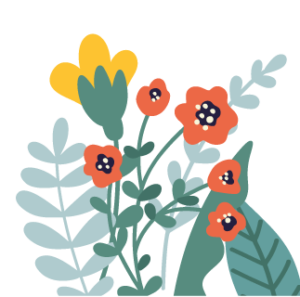 In a previous article, we explored the language of colour. We looked at how our vocabulary can influence the way we interpret colour terms and how that vocabulary would have expanded over time.

Many languages still feature very few names for colours and colour groups. English is one of the more expressive languages in this regard. But how did the English words for the various colours evolve?

A brief history of English 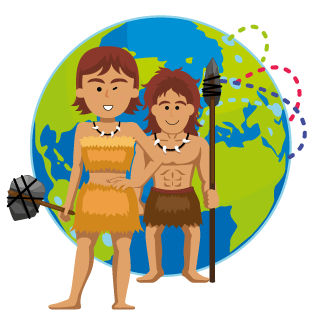 The English language that we know today developed over several millennia. English shares a common ancestor with all Indo-European languages. These are the languages of Europe, the Indian subcontinent, Anatolia (Turkey) and Iran. That common ancestor is Proto-Indo-European (PIE). This was spoken across the region until around 6,000 years ago.

The various PIE speakers began to move around the region, and some invaded the territories of others. Different languages evolved in each territory and were then influenced by migration et invasions. Proto-Germanic developed from PIE and was spoken in Northern Europe between 2000 and 500 BC.

This language split into three branches over the next 1000 years – West Germanic, East Germanic and North Germanic. Old English evolved from West Germanic following the invasion of the Angles, Saxons and Jutes. English was later heavily impacted by French following the arrival of William the Conqueror. But most of the principal colours had been named prior to the arrival of the French. The modern English words for colours have largely evolved from the terms used prior to the arrival of the French.

The earliest languages predated literacy. When people began to read and write, these skills were initially confined to a small portion of the population. For these reasons, etymologists cannot be certain precisely which words featured in ancient languages. Many words are assumed to have existed. These are known as presumed words, and they are generally marked with an asterisk (*) when mentioned in writing. 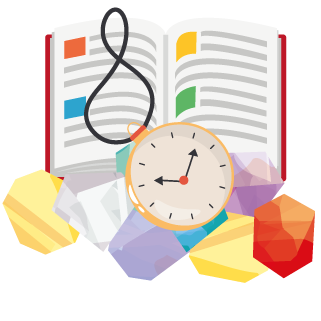 The English words for the various colours evolved over time as the language developed from PIE into modern English over the course of 6,000 years. As with all languages, English would have originally featured only words for black et white or light et dark. People eventually needed terms for other colours or groups of colours. Some of these additional words entered the English language surprisingly recently.

Where did the English names for colours come from?

The name black developed from a number of different words meaning dark, ink and burnt. The root of these was the PIE word *bhleg which referred to burning, blazing, glowing or shining. This became *blakkaz meaning “burned” in Proto-Germanic, Blak in Old Saxon and then blaec in Old English. Blaec meant “absolutely dark” rather than simply the colour black.

The PIE term for white was *kwintos. This was transformed into *khwitz in Proto-Germanic and then to hwit in Old Saxon. The word became kwit in Old English.

The term green evolved from the PIE word *ghre which meant “grow”. This eventually became grene in Old English. The word referred to both the colour green and the notion of being young and immature.

Yellow was once considered to be related to green. The PIE word *ghel meant both yellow and green. This term became *gelwaz in Proto-Germanic and then geolu or geolwe in Old English.

PIE featured the word bhel which meant to shine. It is thought that this evolved into *bhle which meant lightly-coloured or blue. In Proto-Germanic the term had become *blaewaz and this evolved into blaw in Old English. The modern English word blue also developed from the French term bleu.

Brown is a recent addition to languages and so there was no term for the colour in PIE. The Old Germanic word brunoz referred to dark colouring and shining darkness. This seems to have developed into brun or brune is Old English and does bot appear in writing until 1000 AD.

PIE did not feature words for the colour purple and references to this colour date back only to the 9th century AD. The Old English word for purple was purpul and seems to have been borrowed from the Latin term purpura which referred to the colour but also to a shellfish and to splendid attire. The colour purple retains its regal connotations to this day.

Unusually, the word for the colour orange evolved from the name of the fruit rather than the fruit being named for its colour. The Sanskrit word for the fruit was naranga. This became pomme d’orenge in Old French and the first written reference to orange in English appeared in 1512. Prior to this, English speakers referred to the colour orange as geoluhread which means “yellow-red”.

The first written record of the word pink when used define a pale rose colour appeared as late as 1733. In the 16th century the term was used to refer to the Dianthus plant and it may have been borrowed from Dutch. The Dutch word pinck originally meant “small”.

What about the English names for shades? 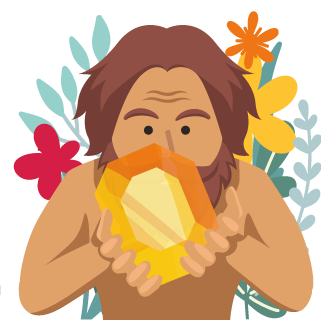 There are millions of colours in the visible spectrum. It would be impossible for any language to feature terms for all of these and even if those terms were created, we would never be able to remember them all! But English does feature terms for certain shades of the principal colours. These were evolved much later than the names for colours.

The word crimson was developed from the Sanskrit term krmi-ja meaning “a dye produced from a worm”. The dye was actually obtained from an insect called the kermes and not a worm. This mistaken belief that the creature concerned was a worm led to the evolution of the Latin word vermuculus which meant “worm-coloured”. This eventually gave us the term vermillion. 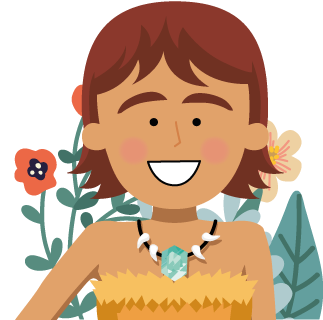 Many English words for colour shades were derived from the names of plants and other natural features. These include tangerine, lime, ivory, amber and aubergine. But the origins of such words aren’t always so obvious. Take the word puce. This is derived from the Latin term pulex which meant “flea coloured”! The words emerald, aquamarine and turquoise were adopted to describe shades reminiscent of the gemstones that exhibit those colours.

The English language is now far more colourful than ever before and in every possible way. The vocabulary of colour has evolved over thousands of years and that evolution continues. The visible spectrum has remained constant. It is our ability to describe it that has changed radically. Who knows how many shades we will be able to identify by name in the future? There really could be 50 shades of grey. 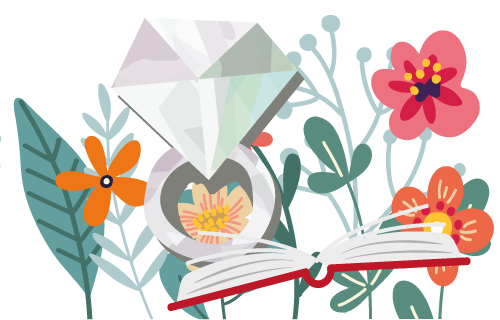