There’s no mistaking the pleasing sound of the West Country accent. Many people find West Country speak rather appealing.

But, sadly, the accent is generally associated with poorly educated farmers and fishermen. For many, it conjures thoughts of country bumpkins in green wellies, discussing the finer points of their heifers.

Attitudes to the West Country accent tend to be quite patronising. Associated with rustic people who haven’t quite managed to drag themselves into the 21st century, it is viewed as a relic of the past. Which is interesting, because that’s exactly what it is!

What is the West Country? 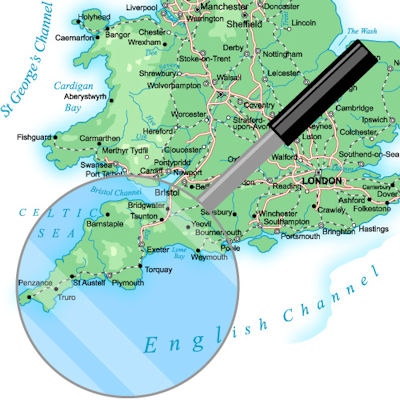 The West Country is a region of southwest England which encompasses the counties of Cornwall, Devon, Dorset, Somerset, Wiltshire et Gloucestershire together with the city of Bristol.

It’s a largely rural area where the principle industries are farming, fishing and tourism. However, the cities of Bristol et Exeter are both centres of industry and commerce.

La non-conférence West Country accent is now largely confined to the above-mentioned region. But it was once common across England and could be heard much further north and east than it is today.

What are the origins of the West Country accent?

The West Country accent can be traced all the way back to the West Saxon dialects that later developed into Old English. The Saxons were a group of people from the region that is now northern Germany. Many settled in the southwest of England. The precise details of how they ended up there is unclear, but it is thought that some were settled by the Romans and others arrived independently.

At some point, the West Saxons gained control over what became the kingdom of Wessex. Viking invaders later began to seize control of large areas of England, but they failed to conquer Wessex, largely thanks to the efforts of Alfred the Great.

Strangely, in the UK, King Alfred is better known for having burnt cakes than for repelling Viking invaders! As the people of Wessex were never subject to Viking rule, they were not exposed to Danish influences and that is certainly one of the reasons why their dialect and accent began to diverge from those of the rest of the country.

It is still possible to detect Saxon influence in the West Country dialect. This is perhaps most obvious in the way locals conjugate the verb “to be”. Many use “I be” instead of “I am”. This mirrors both Old English and modern German, demonstrating that the two languages are derived from those of the Saxons.

Outside Cornwall, it is thought that the local dialects of the West Country reflect those of the various West Saxon tribes, who held different territories in the region. Accents vary a little across the region but have much in common.

The West Country accent also remained distinctive due to the region’s geographical isolation. For centuries, people were protected from outside influences. In addition, the fact that farming and fishing have always been principle industries of the West Country is significant. Farmers and seafarers work in relative isolation and don’t need to visit other areas of the country to work or trade.

Cornish and the Celtic influence

The Saxon influence on West Country Dialects began in the 6th century but did not extend to Cornwall until much later.

The Cornish language was of Celtic origin and survived for centuries after the rest of the nation began speaking what we now know as English. Indeed, in 1549, there was a Cornish rebellion against the Book of Common Prayer as many local people still couldn’t speak English. It is thought that the Cornish language ceased to be spoken around 1780.

To this day, the Cornish dialect remains distinct from others in the West Country as it retains greater Celtic influence.

There are several words which you will hear only in Cornwall and West Devon such as “Jonnick” which means pleasant.

We have discussed before how the American accent is closer to what you would have heard in Medieval England than modern English accents are.

The notable exception is the West Country accent which has retained the rhotic /r/ sound after vowels. The west country pronunciation of words such as “worker” and “over” is similar to that heard in North America.

The /g/ sound is often dropped from the end of words so that “going” sounds more like “goin”.

/æ/ and /ɑː/ are pronounced the same so that “harm” and “ham” become homophones.

Initial /h/ is often dropped so that “hair” is pronounced as “air”.

Initial fricative consonants are sometimes voiced so that “s” is pronounced in the same way as a standard English “z”.

Where an “r” is followed by a vowel, the two letters can be transposed so that “great” is pronounced “gurt”.

When words have an “l” near their end, that “l” may not be pronounced so that “gold” becomes “goad”.

The West Country accent and comedy

The West Country accent is much maligned and is often used by comedians to poke fun at rustic country people.

This is spite of the fact that most people who boast the West Country accent are not ill-educated farm hands!

The locals are also pretty good at finding humour in their own accent. The best example of this is the North Somerset band The Wurzels who had a massive hit in 1976 with their song The Combine Harvester.

We will leave you with the Wurzels doing their best to perpetuate the West Country myth!