An eponym is a word that is derived from the proper name of a real or fictional person or place. The English language is loaded with eponyms. It is usually obvious that a word is an eponym, but there are numerous terms that you may not realise have been derived from proper names. Did you know that the words sandwich et silhouette are both examples of famous eponyms?

From medical terms to home appliances and from sporting jargon to food, eponyms are everywhere. Some are contentious; others have been used for so long that their origins are lost in the mists of time.

Why are eponyms created?

New words are often required to name or describe anything for which there isn’t an existing term. For example, when medical conditions are discovered, products are invented, or new styles and movements appear, they require names. Otherwise, we would be forced to used lengthy descriptive phrases to identify them.

New words are created in a variety of ways. They can be formed by adding a prefix or a suffix to an existing word. Some, such as bailout, are evolved by joining two words together. Words can also be repurposed by applying them to a new context. For instance, the term crane, meaning large lifting equipment, was taken from the long-necked bird of the same name. Many new words are abbreviations or acronyms. For example, scuba is derived from self-contained underwater breathing apparatus.

Of course, new words are often terms borrowed from other languages. Loanwords are incredibly common in the English Language. Where would we be without words like taboo, which was pinched from Polynesian, or fetish borrowed from Portuguese? Sometimes it is misspellings or other errors that lead to the formation of new words. This type of linguistic Chinese whispers gave us the words nickname et syllabus. These days, many new words are portmanteaus – words created by blending parts of two or more terms. For example, sexting et sitcom are both portmanteaus.

A long-standing tradition in medicine is to name discoveries and innovations after the person who found or identified them. Alzheimer’s, Asperger’s, volt, galvanise, algorithm, nicotine, et decibel are all eponyms. However, there is now considerable debate regarding the use of eponymous terms to name medical conditions. Some medical experts feel that eponyms can be confusing for patients when they are diagnosed and that it would be better to use descriptive terms for illnesses. In addition, the identification of a new condition isn’t usually the product of just one individual’s work.

Most discoveries are group efforts, and so it can feel unfair to name the condition after just one of the scientists involved in the research. The use of eponyms can also result in a condition having one name in some countries and a completely different one in others. There are also examples of more than one condition being given the same eponymous name.

The proponents of medical eponyms argue that these names provide convenient shorthand terms when pathology-based names are too lengthy and ponderous. They are also keen to point out that some names for common conditions such as Asperger’s are almost universally understood and are used worldwide. It would be more confusing for patients and their relatives if these terms were now changed to descriptive names.

There is one problem with using eponyms in medicine that certainly needs to be addressed. As yet, there is no authority in the medical community on what can be used as an official eponym in medical publications. Quite often, a popular eponym used in an American publication will differ from one found in a European publication. In addition, eponyms can be applied in a possessive form or nonpossessive form for eponymous disease names. For instance, the genetic disorder caused by the presence of all or part of a third copy of chromosome 21 can be referred to as Down’s syndrome or Down syndrome. This situation can cause serious issues with retrieving information from databases requiring an additional search through medical books and medical journals manually by someone with language insights.

Periods and eras have often been named for a ruler or an important figure of the time. Various periods in British history have been named for monarchs, including Elizabethan, Georgian, Victorian, et Edwardian. These names have become an acceptable term for a period of time and also describe the styles prevalent during those eras. Political trends or movements are frequently eponymously named for government leaders. Stalinism, Maoism, Obamacare, et Thatcherism are all political eponyms, and the ideals they characterise are widely understood.

When new methods and moves are evolved in sports, they are now almost always named for the individual who first practised them or first found success with them. Until the late 1960s, most high jumpers used a straddle technique to clear the bar. But after Dick Fosbury won gold at the Mexico Olympics using a new jumping technique, his method was adopted by most athletes and became known as the Fosbury flop.

In 1976, Antonin Panenka took an audacious penalty in the European Championships. The technique of waiting for the goalkeeper to move and then chipping the ball into the centre of the goal is now universally known as a Panenka. Other sporting eponyms include Sugihara, Axel, Lutz, Cruyff turn et Bosman.

There are numerous words that you may not have realised are eponyms. Here’s our list of some famous eponyms you may have heard of:

Algorithm is derived from the Latin translation of Mūsā al-Khwārizmī. Muhammad ibn Mūsā al-Khwārizmī was a Persian mathematician whose work on Indian numerals led to the introduction of the decimal positional number system.

This word is a derisory term for a person of low intelligence. It is derived from John Duns Scotus, a Scottish theologian whose theories were often ridiculed.

Both sadistic et sadism are terms derived from the French aristocrat the Marquis de Sade. He wrote about sexual fantasies involving gratuitous violence and was known to have practised sexual sadism himself.

This flowering plant was named in honour of the botanist Leonhart Fuchs.

Mesmerise honours Franz Mesmer, a German physician who studied alternative healing and hypnosis, amongst other things.

Proper nouns are capitalised in English, and so many eponyms are also capitalised. This is almost always the case with adjectives hence Elizabethan et Shakespearean. However, some eponyms are in such common usage that their connection to the person they are named for has been almost forgotten. As a result, they are no longer capitalised. Thus, it is grammatically correct when using a common eponym to write hoover, vaseline et jeep. When an eponym is used in conjunction with a noun, the noun should not be capitalised—for example, Parkinson disease et Cruyff turn. However, capitalisation is retained after a hyphen. With certain eponyms, the words are capitalised in some contexts and not in others. You should write Platonic when referencing philosophy but platonic when describing love.

Eponyms are fascinating, aren’t they? There are thousands of eponyms in the English language. Many of these are in such common usage that most people wouldn’t even realise that the words concerned are derived from peoples’ names. Who thinks about the Earl of Sandwich when they are tucking into their butty?

Are you aware of any interesting eponyms that we should have mentioned here or has anything ever been named after you? 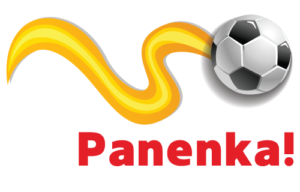