A malapropism is the incorrect and often humorous use of a word instead of another word that sounds similar. The term is derived from the character Mrs Malaprop who featured in Richard Brinsley Sheridan’s 1775 play The Rivals. In previous articles, we have highlighted the most common mistakes that occur in spoken and written English. Indeed, we have mentioned malapropisms before. But we thought that malapropisms can be so amusing that we should showcase the finest examples of these linguistic slip-ups! Most grammatical errors, including malapropisms, are simply mistakes. But unlike missing apostrophes and dangling modifiers, malapropisms can be used deliberately for comedic effect.

From Shakespeare to Les Dawson 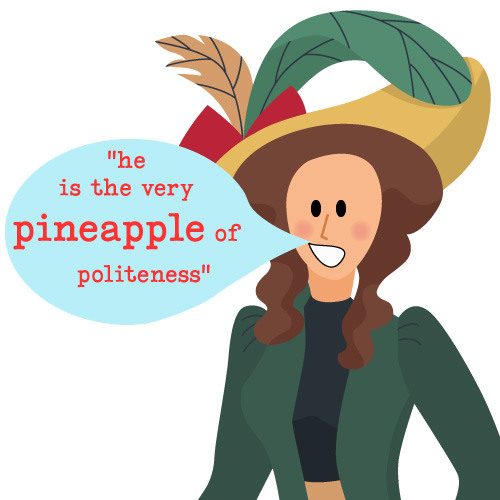 It was none other than William Shakespeare who first used malapropisms as comedic devices. In his 1598 play, Much Ado About Nothing, Dogberry uttered many malapropisms, and these helped to create a memorable character. Here’s one of his best: “Our watch, my lord, have indeed comprehended two auspicious persons, and we would have them this morning examined before your worship.” [apprehended, suspicious] Dogberry remains an alternative term for malapropism but one that is rarely used these days. Despite Shakespeare having created Dogberry long before Sheridan introduced Mrs Malaprop to the world, it is the term malapropism which has endured. Sheridan chose the name Mrs Malaprop advisedly as it is undoubtedly a reference to the word malapropos which means inappropriately. Malapropos is in turn derived from the French phrase mal à propos. This can be literally translated as poorly placed. Here are some of Mrs Malaprop’s most celebrated utterances: “she’s as headstrong as an allegory on the banks of Nile” [alligator] “Sure, if I reprehend anything in this world it is the use of my oracular tongue, and a nice derangement of epitaphs!” [comprehend, vernacular, arrangement, epithets]

In the late 1970s, English comedian Les Dawson came up with a classic malapropism. He took advantage of the popularity of Polaroid’s instant cameras which were all the rage at the time. Dawson had created an alter ego called Cissie who was prone to making silly comments. In a much-loved episode of his show, he had Cissie refer to “one of those paranoid cameras”. This hilarious piece of dialogue may well have been inspired by Dawson’s signature comedic device – his piano playing. Les Dawson was an accomplished musician but would deliberately play the wrong notes in his performances. You could say that he invented musical malapropisms!

Of course, malapropisms are even funnier when they are accidental, particularly when the speaker appears not to have noticed that what they have said is ridiculous. Everyone has their favourite examples of malapropisms and these will often be mistakes made by politicians. After all, a politician making a fool of themselves is often something to savour.Unfortunately for politicians, their malapropisms tend to be very public gaffes and are almost always preserved for posterity by the media. Perhaps that is why so many of the most celebrated malapropism are those made by politicians in general and George W. Bush in particular! Here’s our malapropism roll of honour: “This is unparalyzed in the state’s history.” [unparalleled] Gib Lewis, Texas Speaker of the House “Republicans understand the importance of bondage between a mother and child.” [bond] Dan Quayle, Vice President “The law I sign today directs new funds… to the task of collecting vital intelligence… on weapons of mass production.” [destruction] President George W. Bush “We cannot let terrorists and rogue nations hold this nation hostile or our allies hostile” [hostage] President George W. Bush – again! “I am surprised, frankly, at the amount of distrust that exists in this town. And I’m sorry it’s the case, and I’ll work hard to try to elevate it.” [alleviate] President George W. Bush – yet again! “I’m fading into Bolivian.” [oblivion] Boxer, Mike Tyson “I don’t remember. In Paris. Somewhere over there on the Left Wing.” [Left Bank] Film maker, Samuel Goldwyn of MGM “It ain’t the heat, it’s the humility” [humidity] Baseball star, Yogi Berra “States are lavatories of innovation” [laboratories] Texas Governor, Rick Perry “He was a man of great statue” [stature] Thomas Menino, Mayor of Boston “The police are not here to create disorder, they’re here to preserve disorder.” [order] Richard Daley, Mayor of Chicago ‘It’s not rocket fuel” [rocket science] Scottish First Minister, Henry McLeish

On a more serious note

Malapropisms occur in every language and can be incredibly funny. They are also extremely embarrassing. At Word Connection, we have a professional interest in this type of linguistic error. That’s because most malapropisms are not gaffs by politicians speaking without a script, they are the inevitable consequences of having a poor grasp of the language concerned. When translating into any language, it is important to choose the right words. In order to do that, you must know what the right words are. Sometimes the wrong words can escape anyone’s lips in their haste to make their point. Most malapropisms are errors made by those who know perfectly well what the right words are, but who couldn’t summon them at the crucial moment. However, when words are your business, you must make the correct choices every time. 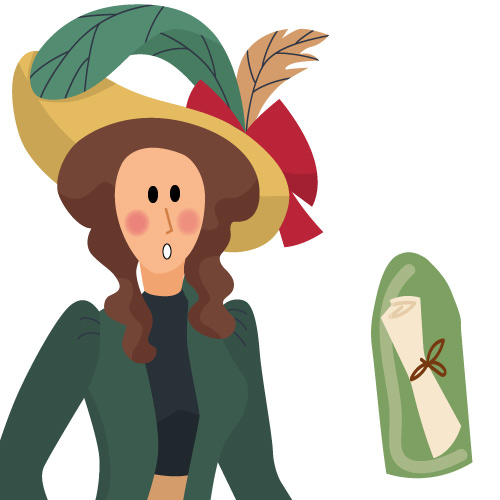 We would like to end this foray into the world of malapropisms with a truly fabulous thing – a malapropism being uttered for the word malapropism. This stupendous error was reported in the New Scientist. A worker had evidently described their colleague as “a vast suppository of information” [repository]. Upon realising their mistake, they proceeded to apologise for their “Miss Marple-ism”!