2 December 2010 FIFA awarded Qatar the right to host the 2022 World Cup. It was a decision that was widely criticised not least because of the Qatari’s stance on same-sex relationships. 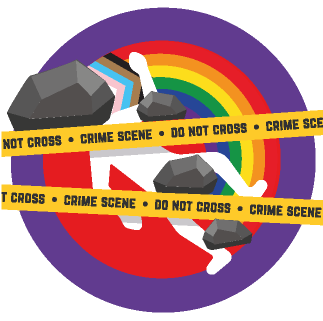 Homosexual acts are illegal in Qatar because they are considered immoral under Islamic Sharia law. The punishments include fines, prison sentences of up to seven years, and even death by stoning.

In the build-up to the World Cup, the Qatari government stressed that all fans would be welcome to attend the tournament. But as fans entered the stadiums to watch the early matches, their rainbow hats and laces were taken from them by stewards. Team captains that had intended to wear armbands in support of LGBTQI+ rights were forced to abandon their plans.

Football continues to struggle with inclusivity and Qatar being awarded the sport’s most prestigious event did nothing to improve this situation, other than to place LQBTQI+ rights firmly in the spotlight. That may prove to be important.

It is both shocking et shameful that footballers who play at the highest level of the men’s game still feel unable to come out as members of the LGBTQI+ community. Those who have come out have usually 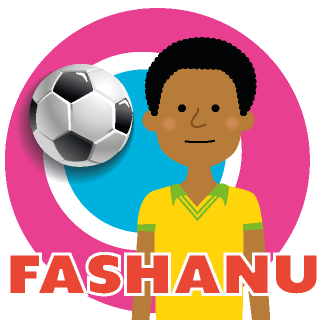 done so after they have retired. The most notable exception was Justin Fashanu who admitted he was gay in 1990 while still playing topflight football in England. He received little support and a great deal of ridicule. Justin died from suicide in 1998.

Things are much better in the women’s game. Many high-profile players have been open about their sexuality, notably the American star Megan Rapinoe and England’s Jill Scott.

Jill Scott’s openness has done little to diminish her popularity. She is something of a national treasure and was recently voted “Queen of the Jungle” by the public when she appeared in the TV reality show I’m a Celebrity Get Me Out of Here.

Players in the men’s game clearly feel that they can’t come out because they wouldn’t be safe. Unfortunately, given the confrontational nature of the sport, it is inevitable that they would be berated by fans and subjected to hateful language.

Football is a sport that generates hostility and emotionally charged atmospheres. The fans will shout and sing about anything that they believe will offend or distract the opposition. Black footballers have 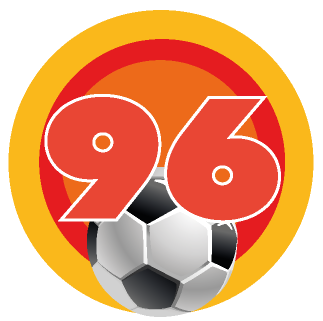 endured decades of racist abuse. Manchester United fans are still forced to endure chants about the Munich Air Disaster of 1958 in which most of the team died. Liverpool fans are sometimes treated to chants referencing the Hillsborough Disaster.

Footballers in the men’s game who are brave enough to come out will receive an enormous amount of support but also an incredible barrage of verbal abuse. There’s nothing more certain.

In short, football fans are skilled at weaponizing language and LGBTQI+ players will give them a great deal of ammunition.

Even what appears to be innocent banter would be problematic.

The problem with Banter in football

Banter is the playful and friendly exchange of teasing remarks. It is not meant to cause offense but banter that centres on sexuality and gender identification can send the message that being gay, bisexual, trans or non-binary is wrong, funny or something to be ashamed of. For example, a throw-away comment like “don’t be a fairy” reinforces the stereotype that gay men are weak. 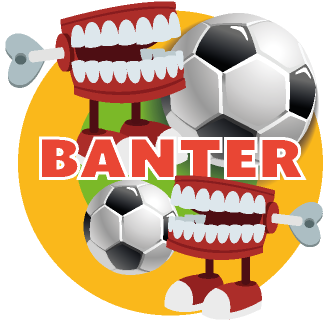 Gender stereotypes reinforce attitudes regarding how men and women should look and behave. This may leave those who don’t conform to those stereotypes feeling awkward and inadequate. Being constantly exposed to banter can seriously erode self-confidence.

Banter isn’t the most serious form of verbal abuse and isn’t usually intended to be hurtful. But it can be as damaging as any deliberate insult.

The problem with pronouns

Hate speak and banter are not the only aspects of language that negatively impact the LGBTQI+ community. The structures of many languages present issues and pronouns are particularly problematic. Some languages, including English, do not have gender-neutral or third-gender pronouns available.

English is the most widely spoken language and the most common language used when people of different nationalities are speaking to each other. For these reasons, the nature of English and the way the language is used really matters.

Pronouns are the words that people use to refer to themselves and others. In English, most people will use he/his or her/hers. The language essentially forces speakers to perpetuate gender stereotypes.

It is also interesting to note that in the past English featured the epicene (gender-neutral) pronoun “ou”. In addition, the epicene pronoun “a” was used in Middle English and could mean he, she, it, they, and even I. This pronoun was a reduced form of the Old English pronouns he and heo. By the 12th century, the pronunciations of these words were so similar that it is thought the word her was evolved to reduce ambiguity.

We can see that for centuries society has viewed gender as binary and that it was important to distinguish between the two genders. Now it has become important not to emphasise gender and to acknowledge that gender is not binary. But the English language hasn’t quite caught up with these more enlightened views of the world.

The use of they and them is becoming more common and is one solution to the linguistic issue at hand. But some gender-neutral people are creating neopronouns such as “xe” and “hir”. It will be fascinating to see if these pronouns gain traction. All languages evolve over time and so the new pronouns may well enter common usage.

Research has shown that countries, where gendered languages are spoken, tend to have poorer gender equality than countries with genderless languages, like Iceland et Norway. Language does influence attitudes and therefore equality.

Can sport ever be gender-neutral? 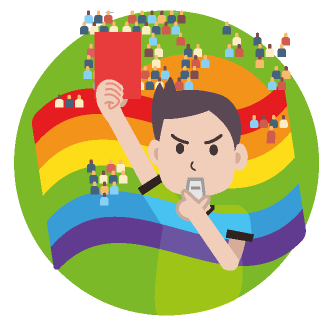 Hopefully, at some point in the future acceptance of LGBTQI+ footballers will improve to the point where players in the men’s game can go public with their sexuality or gender identification. This will be a great relief to the players concerned but will present difficulties for those commentating on the games. Commentators will need to learn and remember which pronouns to use for each player. If they ask the players which pronouns to use, they will need to take care when phrasing the question. It is quite rude to ask someone which pronouns they “prefer” as this suggests that gender and sexuality are choices.

There could even be issues in the future with referencing the “men’s” game and the “women’s” game. In most sports, competitions feature male or female categories. The sporting world has always seen gender as strictly binary. Athletes must be identified as one gender or the other and that is a serious issue for those who are intersex or trans.

Controversy has raged over the participation of several athletes in sports where men and women compete separately. Perhaps the most publicised case has been that of Caster Semenya, a South African runner with hyperandrogenism who was identified as female at birth but who has XY chromosomes and elevated levels of testosterone. Female competitors complained that Semenya had an unfair advantage when running in women’s races. The authorities initially cleared her to compete, then banned her and then permitted her to enter certain races and not others. While some athletes do not wish to be identified as either male or female, Caster Semenya has always identified as female and has been greatly offended by suggestions that she is male. 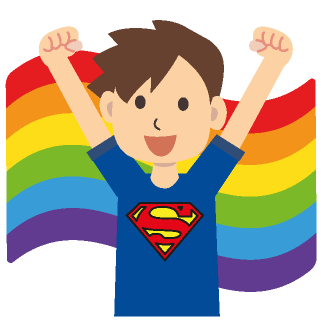 Both sports and languages tend to identify gender et sexuality as binary. The lack of neutrality in language reinforces the strict divisions in sports. The strict division in sports are obstacles to the use of inclusive language. It is hard to describe anything accurately and respectfully when the appropriate words don’t exist. It is difficult for appropriate language to evolve when the LGBTQI+ community in sport feel forced to remain anonymous.

In truth, human beings don’t always conform to the only two categories that many sports and languages recognise, nor should they. But enabling people in sports to compete fairly will not be an easy matter. It will also be challenging to ensure that the language used in sport doesn’t perpetuate the idea of binary gender or sexuality. Sport will never be gender-neutral. But it could, and hopefully will, learn to embrace greater diversity.

The awarding of the 2022 FIFA World Cup to Qatar has not helped the LGBTQI+ community, the sport of football, women or the development of new language to encompass greater diversity. 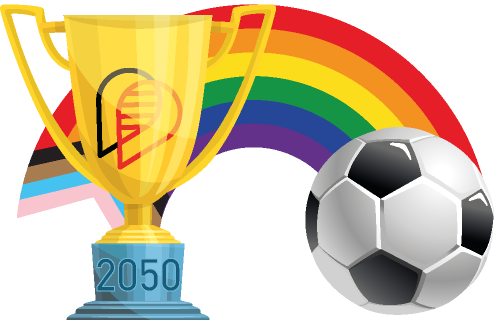