The official language of Jamaica is Jamaican Standard English, a variety of Standard English. However, the island is also notable for its Creole patois. As many natives use patois when speaking informally between themselves but Jamaican English in more formal settings, the lines between the two languages have inevitably become blurred.

In many rural Jamaican homes, only Patois is spoken while in the majority of the more affluent homes only Jamaican English is spoken. But generally, the distinction between the two languages isn’t clear. Most Jamaicans will use Patois to a lesser or greater extent and so numerous Patois words and phrases have crept into Jamaican English. 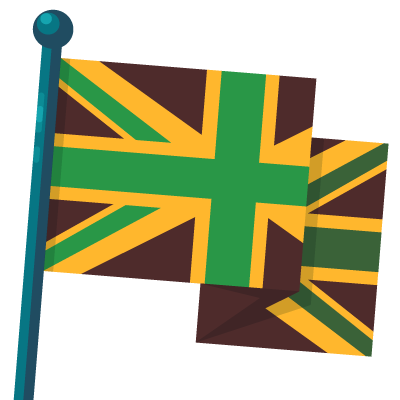 What is Jamaican Patois?

Jamaican patois boasts a musical quality and is a unique blend of English, Spanish, Portuguese, Jamaican slang and phrases of African origin. The intonation and phonetics of the patois have influenced Jamaican English to the extent that natives of the Island are clearly identifiable, whichever language they are speaking. But the spelling conventions of the two languages are very different.

How did the Jamaican Patois evolve?

Humans have inhabited Jamaica since around 4000 BC. Little is known of the earliest settlers. The Yamaye or Redware people arrived between 600 AD and 650 AD. They were followed by the Arawak tribes who probably travelled there from the Greater and Lesser Antilles. These tribes would have spoken their own unique language. In the 15th century, the Spanish enslaved the Arawak people, most of whom subsequently died of diseases brought to the island by the Spanish. A few survived and retreated to the interior where they later mixed with runaway African slaves. It isn’t hard to see how African dialects began to fuse with those of Spain and the Caribbean to produce a unique Patois.

Why is English the official language of Jamaica?

The English invaded Jamaica in 1655 and defeated the Spanish. The English language had arrived in Jamaica and as it was the language of those who now ruled the country, its influence began to spread. There was much political turmoil on the Island and Piracy became the primary source of income. By the 18th century, the Jamaican economy was mainly supported by growing sugar cane. Hundreds of thousands of African slaves were transported to Jamaica to work on British owned plantations. It wasn’t long before Black African slaves greatly outnumbered their white British masters and many uprisings ensued. The British also became embroiled in several wars with the mountain communities that had evolved from the Arawaks and runaway slaves.

Slavery was officially abolished in Jamaica in 1834. Hostilities between the English and the communities of the interior continued. However, the colonial culture remained dominant until the 1930s when the Rastafari movement began to gain traction. Disturbances in the region continued until Jamaica gained its independence in 1962. Following 300 years of British rule, English had become the principle language of Jamaica and remains the official language. But the island’s history of successive invasions, slavery and piracy has seen multiple languages fused to create both a distinctive accent and the Jamaican patois. The English language and patois have moved beyond coexistence and are now intermingled.

Inevitably, American English has also influenced the Jamaican dialect. Economic ties to the United States and the popularity of American culture, including movies and music, have been factors in influencing the language that Jamaicans use. But it is standard English spellings and grammatical conventions which are primarily used.

What are the distinguishing features of the Jamaican accent?

The Jamaican accent is similar to many others in the Caribbean. But it boasts a unique combination of traits due to the influences of the various peoples that have ruled or populated the island over the centuries. 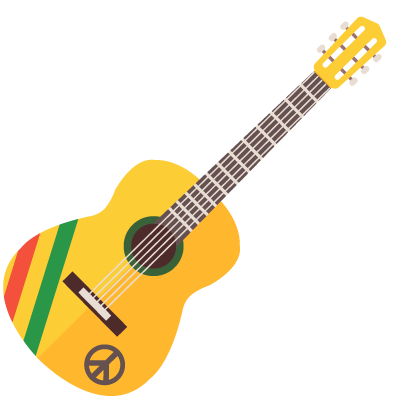 Jamaicans will often use a [t] or [d] sound in place of the [th] voiceless dental fricatives /θ/ as in “theory” and /ð/ as in “this”. These alternatives are often used interchangeably. One word featuring <th> may be pronounced with a [t] sound and then be swiftly followed by another featuring <th> pronounced with a [d] sound. Speakers tend to move fluidly between patois and the more prestigious Jamaican English pronunciations.

Where words end with a consonant followed by a <t> or a <d>, Jamaicans will often omit the sound of the final consonant. The word “accept” is therefore pronounced “accep” and the word “sound” is pronounced “soun”. Historically, lost consonants were also common in English West Country dialects.

As in many areas of the UK, Jamaicans often drop the initial [h] sound in words. The word “history“ becomes “istory”.

When speaking both Jamaican Standard English and Patois, Jamaicans tend to merge diphthongs (pairs of vowels). This causes words that would sound very different in Standard English to become homophones. For instance, “bear” can sound the same as “beer”. The diphthong is pronounced as “eeair”.

Rhoticity (pronunciation of the letter <r>) varies quite dramatically in Jamaica. Pronunciation can depend on social context as rhoticity is associated with higher levels of education. However, with some words, the use of rhoticity is common while with other words it is not. Rhotic <r> sounds are less likely where the <r> in the word is followed by a consonant.

When the velars [k] and [g] appear before a central vowel [a], they are pronounced with palatalisation. Thus, “cat” becomes “kjat” and “gap” becomes “gjap”.

The Jamaican accent is instantly recognisable, partly because of the pleasing lilt that native speakers exhibit. A number of factors have combined to produce this melodic quality. Probably the most significant of these is the additional stress that Jamaicans place on certain words in sentences which would not be stressed in standard English. 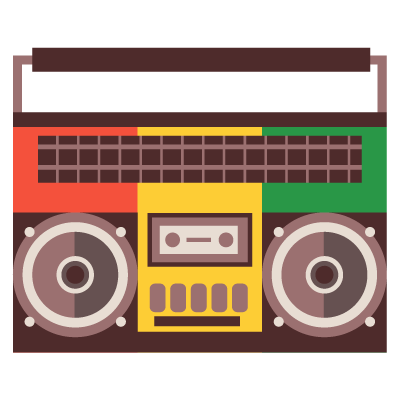 There are several grammatical constructions which Jamaicans use when speaking English which have been borrowed from Patois. The past tense markers of verbs may be dropped so that “I saw a pack of wolves” would be expressed as “I see a pack of wolves”. Sometimes definite and indefinite articles are also dropped. For instance, “I was looking for a house” would become “I was looking for house”. Jamaicans also have a tendency to use singular nouns when the plural form would be used in Standard English. Jamaicans would say “my dog are fighting” instead of “my dogs are fighting”.

Can you speak Jamaican?

Jamaican patois is not easy to master, let’s see how the British public cope with Rasta Francis and his Jamaican Challenge.