Is it wrong to pull out all the glottal stops?

People will always be judged by the way they speak. In Britain, the language police are particularly active and hyper-critical!  The neutral English accent of the upper classes and newsreaders is known as received pronunciation. Those who speak in this way have been known to frown upon regional accents in general; nothing horrifies linguistic snobs more than glottal stops!

What is a glottal stop? 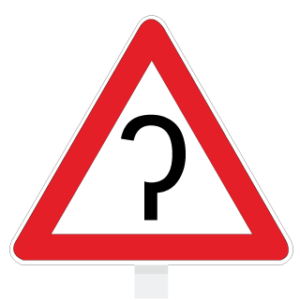 In phonetics, a glottal stop is a manner of articulation or sudden silence made by rapidly closing the vocal cords. It’s a type of plosive that all humans can make by closing their vocal folds together. The glottal stop is represented in the International Phonetic Alphabet by the symbol ⟨ʔ⟩. However, the alphabets of many languages do feature a letter or symbol to represent the glottal stop. For instance, in many Polynesian languages, this type of articulation is represented in writing by a rotated apostrophe, ⟨ʻ⟩.

While glottal stops are often used in English, many people won’t notice them as they do not change the meaning of the words concerned. Neither do glottal stops cause confusion regarding what has been said. These forms of articulation are usually utilised in place of the /t/ sound between vowels at the ends of words. Glottal stops are particularly associated with the cockney and estuary accents of south-east England.

Why are glottal stops contentious?

In Britain, accents, dialects and all aspects of pronunciation are viewed, sometimes subconsciously, as indicators of social class or status. Glottal stops at the end of words such as “right” and “wait” or in the middle of words such as “butter” and “matter”, do not feature in received pronunciation. For this reason, they can be considered indicative of low status or lack of education. British society is adept at picking up on any indicators of social class and then weaponizing them!

It would also be true to say that glottal stops are viewed by some people as symptoms of laziness. As glottal stops are used in place of consonants, they can be seen as nothing more than examples of linguistic sloppiness.

In the case of glottal stops, social snobbery dictates that you should not only mind your Ps and Qs but also your Ts!

Those who should know better

The self-appointed enforcers of correct English are always quick to criticise others who slip in a few glottal stops. The naysayers become particularly critical when glottalization creeps into the speech of anyone who they believe should know better. Princess Diana was condemned for such linguistic crimes as was Ed Miliband when he was Labour Party Leader and Leader of the opposition.

The criticism of Ed Miliband was interesting. He was accused of having deliberately used glottal stops to sound more appealing to youngsters and the working class. It is certainly true that most people adjust they way they speak to suit the context in which they find themselves. Regional accents tend to be tempered in job interviews or business meetings. But should someone wish to sound less posh for any reason, a few glottal stops go along way!

It is British broadcasters who often find themselves in the linguistic firing line. Calling out presenters for bad English is rapidly becoming a national sport. It isn’t uncommon to hear very strong regional accents on the television and radio these days. However those accents are not well-received by certain sections of society who seem to feel that only received pronunciation is acceptable on national television.

The documentary maker Stacey Dooley must feel like she has a target on her back. She is frequently chastised for the way she speaks. Stacey hails from Luton and is a habitual user of glottal stops. This has inspired some viewers and journalists to complain that she is unsuitable as a presenter.

Stacey Dooley does have a strong and distinctive regional accent. But she speaks clearly and is easy to understand. Her critics can only be viewed as overly zealous pedants!

The evolution of the English language

Glottal stops are at the heart of a linguistic variety of social snobbery that remains common in the UK. But these elements of speech can come in handy when any speaker of received pronunciation believes it is expedient to sound less aloof. Glottal stops can, therefore, be natural features of regional accents or tools to alter the audience’s perception of a speaker. For some, glottal stops are annoying, for others they are useful and for most, they are simply the norm.

Unfortunately for those who find glottal stops annoying or lazy, these elements of speech could soon be standard features of English pronunciation. All languages are constantly evolving. Linguistic tendencies creep into common usage and then proliferate to the extent that they become the norm. When that happens, the impact of social prejudice is gradually diminished. For a new generation, glottal stops could be perceived as socially neutral. 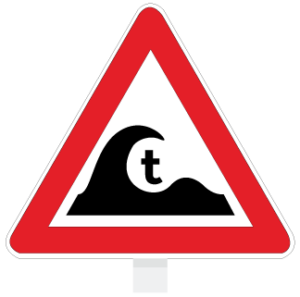 What was once regarded as improper or lazy will no longer inspire criticism. The speed at which glottal stops are normalised in British English will almost certainly be accelerated by American movies and television. Many people in the UK like to see the latest American blockbusters and watch American TV shows. In America, most speakers use glottal stops repeatedly, most commonly in words like “button” and “kitten”.

The glottal stop tsunami will eventually wash away the carefully enunciated /t/ of English received pronunciation.

As Princess Diana said when she was criticised for using glottal stops, “There’s a loʔ of iʔ abouʔ”.