So, have you noticed an increase in the use of a certain word?

In recent years there has been a marked increase in the use of the word so. The midsentence conjunction has been promoted to the start of many utterances in colloquial speech. Facebook CEO Mark Zuckerberg is particularly prone to using so to start his sentences, to the extent that observers have begun counting the number of times he uses the word!

Research has indicated that many people find the overuse of so incredibly annoying. New York Times columnist Anand Giridharadas has described so as the new um or like. But many people don’t appear to notice this verbal foible or to care about it. There’s certainly a generational factor in the division of opinion here. Young people are the most prone to using so and are the least likely to be irritated by the word.

So, what’s all the fuss about?

When did so become a thing? 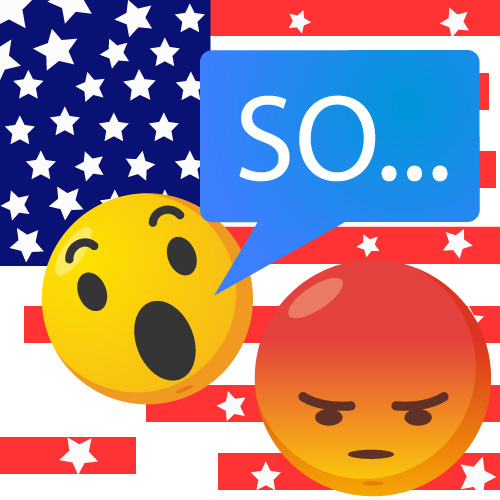 The use of so at the beginning of a sentence is nothing new. However, the frequency of its use certainly is. It’s a trend which has developed in the last two decades.

Many people believe that the excessive use of so originated in Silicon Valley. Scientists began to favour starting their sentences with so in the 1980s. Mark Zuckerberg’s fondness for the word supports the theory that techies have inspired this new verbal trend. It is doubtful that the tech elite of Silicon Valley are entirely responsible for what many see as a new form of Tourette’s. However, its likely that the scientists are at least partially to blame.

Some analysts have suggested that young people picked up on the use of so to start sentences precisely because it was cool techies that they had heard speaking in this way. If those geeky chaps prefaced their comments with so, it must a good thing to do, as it would make you sound clever, credible or intellectual, wouldn’t it?

Unfortunately, for many people, so has the opposite effect!

The principle reason that so is now used excessively is that there are so many ways to use it!

There are certain words that we all utilise as crutches when we are speaking, at least occasionally. They come in handy when we lose our train of thought or need a brief pause to think. These words include um et basically. The word so has now joined the list of these verbal crutches. But such handy words can be so useful that they are habit-forming. As so is often employed as a crutch, its inclusion in a sentence can be perceived as lazy. This is at least one of the reasons why so can be so very irritating. 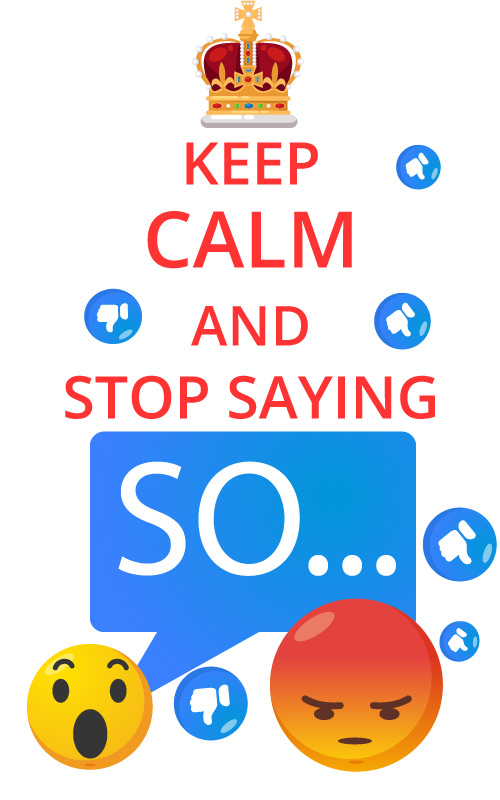 It has been suggested that so is often used to begin a sentence because it helps the speaker to avoid giving a straight answer. As discussed above, so has become a crutch word which enables the speaker to pause and that can be very useful when they are formulating a lie! In addition, the speaker could feel that they will sound more intelligent if they start their comment with so. It follows that they might believe the word will distract the listener from any lack of substance in their answer.

The word so tends to appear at the beginning of sentences when people are asking or answering questions.

Question: so, how have you been feeling?

Answer: so, I felt a little sick and dizzy for a couple of days, but I am much better now.

In the above example, it might seem as if the word so is being used as a crutch or to fill a pause. But some experts believe that its use is more nuanced here. They feel that beyond filling a potential pause, so is a tool for conversation management. When the question is asked, so is employed as a conversation prompt, garnering the attention of the listener. In both the question and the answer, so is a signal or cue that the following words are relevant to the listener.

There’s one use of so that has appeared only recently and which can be incredibly irksome. This is where someone can’t answer a question without providing a summery of the backstory. It is annoying when the backstory is not required for the answer to the question to make sense. Supplying unnecessary information can also suggest that the speaker feels their questioner is stupid.

Question: Where did you go on holiday this year?

Answer: So, I wanted to avoid any potential Covid-19 hotspots and I was looking for somewhere inexpensive. In the end, I decided to go to Montenegro.

A word that is so very useful

In English, the word so is polysemous. It can be utilised as an adverb, a conjunction, a pronoun, an interjection, an adjective and now as a sentence initial. Time will tell whether the incessant use of so will be with us for good or if it becomes more of an annoying verbal tick that people eventually shun. It’s interesting that opinion is divided to such a great extent.

There are those who clearly feel that so enhances the gravitas of what they have to say. Others believe that it makes the speaker sound inadequate. In any case, it is possible that so isn’t being used quite as frequently as we think it is. Perhaps it’s simply the case that because there are new ways of using the word, it stands out more, creating a false impression of overuse.

So is a useful word but also a divisive one. As the starting of sentences with the word so clearly annoys many people, it is a practice worth avoiding. 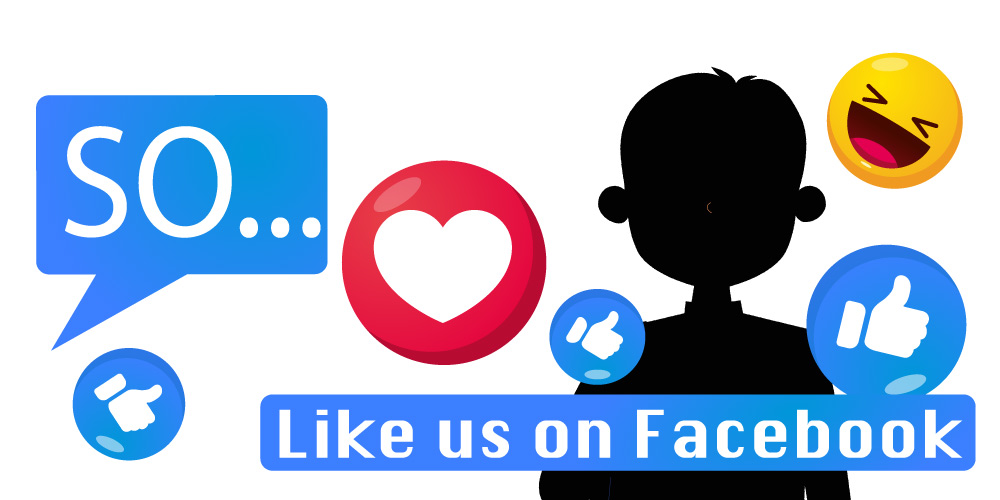