Do English people speak too quickly?

Any language can sound as if it is being spoken with indecent haste when you don’t understand it. English is a relatively difficult language to master for a variety of reasons. But is the speed at which it is spoken one of them?

You might be surprised to discover that English is one of the slowest languages.

English speakers are entitled to feel that certain other languages are delivered at incredible speed because, in comparison to English, they are.

This being the case, you would think that when English dialogue is translated into faster languages, it could be expressed in less time.

That would be awkward when translating movies, for instance.

It just wouldn’t do if you had to speed up the action to match the faster speech, but that never seems to happen.

Why does it take the same amount of time to deliver dialogue in different languages when some languages are spoken faster than others? 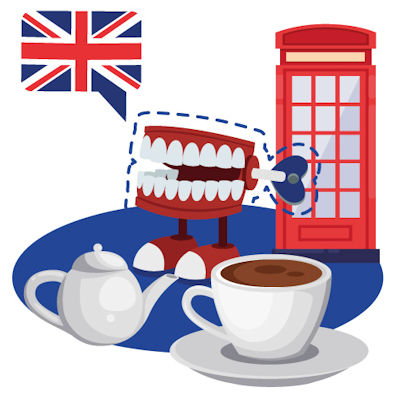 A few years ago, the Université de Lyon conducted research into the speed at which languages are spoken. The researchers wanted to explore why speaking quickly doesn’t result in transmitting information in less time.

To unravel this interesting conundrum, volunteers were recorded reading 20 different texts in their native languages.

French texts were translated into each of the other languages being studied.

The recordings were then timed, and the number of syllables expressed in each were counted.

It transpired that some languages really are spoken more quickly than others.

Researchers established exactly how many syllables were expressed per minute in each language and then explored the information density of the words used. Spanish speakers packed far more syllables into a minute’s speech than English speakers. But English was found to be more information-dense than Spanish. In other words, it takes more syllables in Spanish to convey meaning than it does in English as the following passages illustrate:

English: Completion of the Madrid-Valladolid line will reduce the journey time between the two cities by about 90 minutes and is expected to increase the number of passengers carried by about 9 million by 2025.

The meanings of the above texts are identical but there are many more syllables in the Spanish translation of the message.

To comprehend speech, it is necessary to tune your ear to the sounds being expressed but also to interpret the meaning of those sounds. It appears that over time, people have naturally adjusted the speed at which they deliver words according to the complexity of the information they convey.

La non-conférence Spanish et Japanese speak quickly because they need to use more words to convey what they want to say than speakers of many other languages. Their listeners don’t need a great deal of time to process the meaning of each element of the dialogue and so can easily cope with the swift delivery.

Humans possess only so many little grey cells and are only capable of processing a certain amount of information in any given period of time. Information-rich language requires slower speech.

With languages, the process of evolution has impacted not only grammatical rules and vocabulary, but also the speed at which languages are spoken.

It isn’t only the information density of English which has resulted in it being a comparatively slow language.

La non-conférence English language features 20 vowel sounds, and this necessitates a certain degree of verbal gymnastics when enunciating words. This high level of linguistic agility requires speakers to slow down.

On the other hand, there are only five vowel sounds in Spanish, enabling speakers to fire off syllables at a much faster rate.

In addition, spoken English involves a complex system of stresses. Certain parts of sentences are stressed, and this involves the inclusion of small pauses. In some languages, most or all syllables are equally stressed, removing the need for the pauses that tend to punctuate spoken English.

One final factor to note is that contemporary English features more pauses than ever before due to the increasingly prolific use of filler or hedge words such as so et like.

We have discussed how these words are somewhat frowned upon in previous articles.

They might annoy many native speakers. But it could just be that these almost meaningless words help to make spoken English easier for non-native speakers to follow.

It is no harder to learn to speak a faster language than it is to master a slower one. Beginners will speak the new language slowly anyway as they need to think about everything they are saying.

However, it is harder for most beginners to understand other people speaking a faster language.

Over time and as they increase their vocabulary, students will become attuned to the new language and so the speed of delivery becomes less of an issue.

Research has shown that it is the degree of similarity between a student’s native language and the one they are learning which dictates how quickly they will master it.