Beyond Translation Part 2: a successful Basque export to Japan

Helping clients grow and reach their goals is why we do what we do. To continue our “Beyond Translation” series, let’s turn to the story of how services going beyond translation helped our long-time client, Pierre Oteiza, on his road to a successful export to Japan.

Our work with Oteiza illustrates well how translation services go far beyond the document. 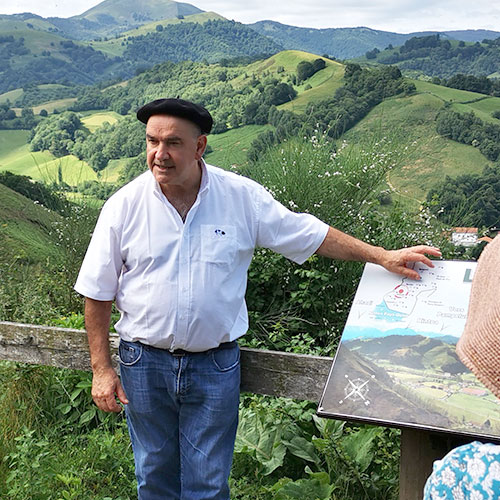 Nestled in the green, rolling hills of the Aldude Valley, Oteiza manages the farm that has been in his family for generations.

Before, his family raised sheep. That all changed in 1988, when Oteiza went to the Paris International Agriculture Show. He discovered the Kintoa – a race of pigs native to the Basque Country.

In the 1980s, the Kintoa was on the brink of extinction. The race was declared an endangered species in 1981, and there were only 25 sows remaining at the time. Although a native of the Basque Country himself, Oteiza met the Kintoa for the first time.

Oteiza saw an opportunity. Not just for business, but to bring back a part of the Basque Country’s heritage. 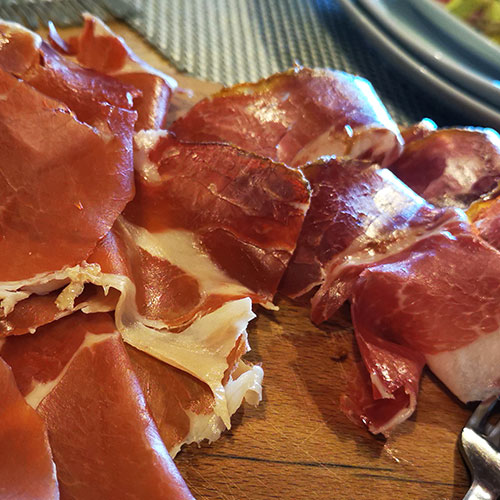 So, Oteiza brought the Basque pig back home. He founded the association for “le porc basque en Vallee des Aldudes” (Basque pigs in the Aldude Valley) along with 10 breeders. By 1995, the Kintoa was declared “saved,” making Oteiza the widely-recognized “godfather of the Basque pig.” In 2016, the breed received AOC (Appelation d’Origine Contrôlée) status.

The Kintoa’s diet of chestnuts, acorns and select cereals give the meat a rich, nuanced character. Oteiza then developed his own special process for curing ham to optimize taste and texture. With famous Bayonne ham just an hour away, he quickly tapped the luxury market for cured ham. 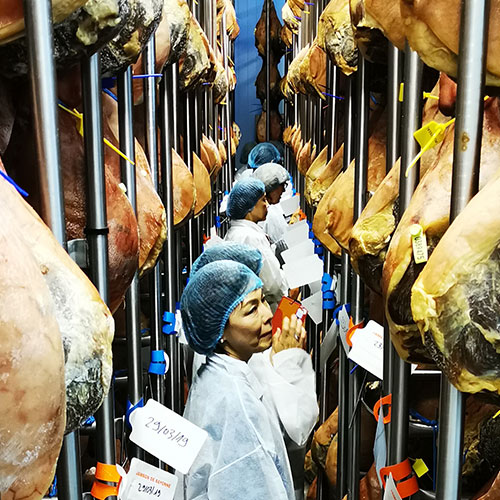 Early on, Oteiza saw the potential for exporting his gourmet ham in the country of Kobe beef. But, aside from licensing for Japanese export, the greatest difficulty was navigating the language and cultural differences in business.

To a westerner, Japan’s business culture can seem formal, and silence plays a valuable role in negotiations. On the contrary, western business dealings are often more casual, and silence is generally a negative sign.

On one occasion, Oteiza hosted a group of potential Japanese customers. So, naturally, the group hired an interpreter so they could communicate.

However, the group quickly realized even a skilled interpreter could not resolve the difficulties of a business negotiation across cultural differences. For example, the interpreter was not there to explain away long silences to one side or provide guidance on how to show respect properly.

Because Word Connection had an existing relationship with Oteiza, he called us to find out how we could help. Because we know how to do business in Japan as well as locally here in the Basque Country, we helped bridge the differences between both parties. Not long after, they formed a successful partnership.

Today, part of Oteiza’s success in Japan is thanks to his strong relationships with many Japanese partners. Thanks to the right help at the right time, he has built a strong and thriving export to Japan, which now accounts for 12% of his yearly sales.

What Oteiza, like so many others, needed was more of a cultural bridge, not just a translation. Document translation, or even interpreting, can only go so far. Companies entering a new market also need help to understand the business culture and negotiation practices. Serving as a trusted advisor, you can leverage your cultural et linguistic know-how to make a truly significant impact on your clients’ success. 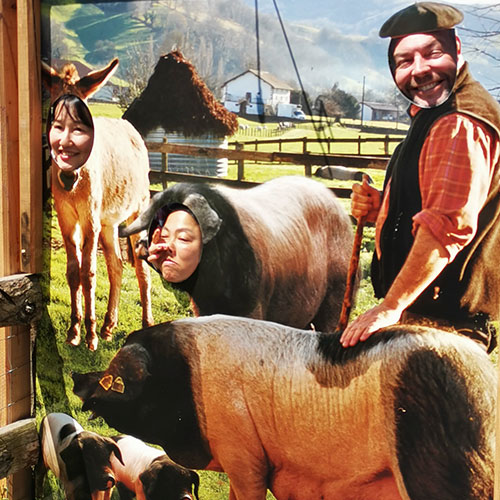