Travel Tips and Places of Interest

Language industry professionals from across the world will be gathering in Greenwich 19 and 20 September 2019. The really good news is that the ATC Language Industry Summit boasts a stunning venue this year – The Old Royal Naval College, Greenwich.

A UNESCO World Heritage Site, the Old Naval College buildings were originally constructed on the orders of Queen Mary II to provide a hospital for seaman. The hospital was designed by Christopher Wren and was built between 1696 and 1712. It closed in 1869 and the site became the Royal Naval College in 1873. Now the incredible centrepiece of Maritime Greenwich, the Old Naval College is described by UNESCO as the “finest and most dramatically sited architectural and landscape ensemble in the British Isles”. 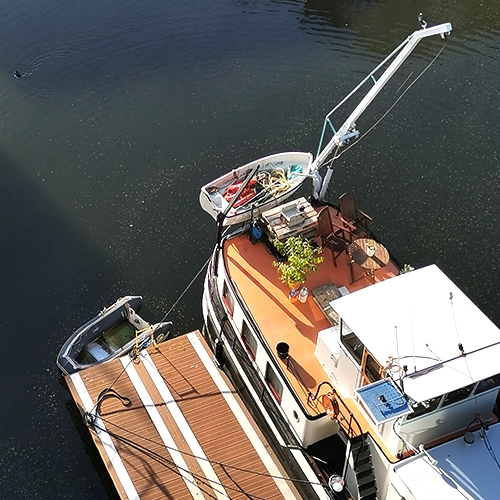 Following the extensive and dramatic regeneration of the Greenwich Peninsula and the adjacent Isle of Dogs, the Old Royal Naval College now benefits from impressive transport links. London City Airport is close by and the venue is easily accessible from Central London and all London Airports.

The Cutty Sark DLR station is a three-minute walk from the venue. The DLR connects with the London Underground at Bank (Central, Northern and Waterloo and City lines), Monument (District and Circle line), Canary Wharf (Jubilee line). DLR termini are Tower Gateway, Lewisham, Stratford and Limehouse. 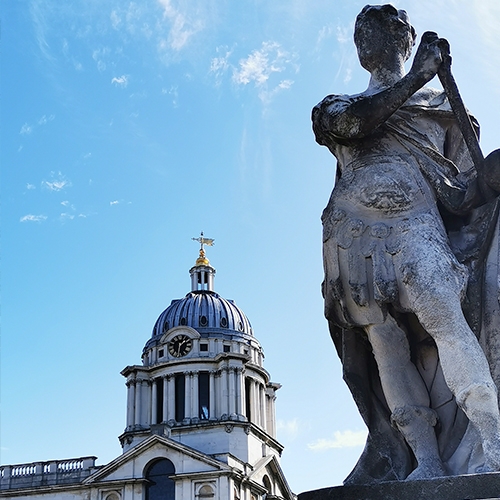 Why not arrive in great style and feeling relaxed! The journey by river from Central London affords wonderful views of many significant landmarks and takes 30-40 minutes.Boatsleave regularly from London Eye, Westminster, Embankment and Tower Piers.

Parking at Greenwich is both limited and costly. It is best to arrive via public transport but if you need to use your car, you can reach Greenwich via the M25 and A2 from the south or via the M11 and A12 from the North. Car parks are located at Park Row, SE10 9NL (92 bay, £3 per hour) and Cutty Sark Gardens (70 bays, £3 per hour).

Both the Greenwich Peninsula and the Isle of dogs were once important industrial regions of the capital. Following the demise of the docks and the cessation of heavy industry, the area fell into decline, quickly becoming a barren wasteland. Much of the land on the Peninsula was contaminated while the Isle of Dogs was unfortunately synonymous with urban decay and poverty.

Regeneration began in 1981 and has resulted in a striking transformation. The Isle of dogs is now a vibrant commercial district while the Greenwich Peninsula perfectly combines historic sites with new housing developments, nature reserves and entertainment venues.

There is much to see and do in this south eastern corner of London. Whether you have several days or just a few hours to explore the area, you will discover exciting and diverse attractions together with fabulous places to eat and socialise. 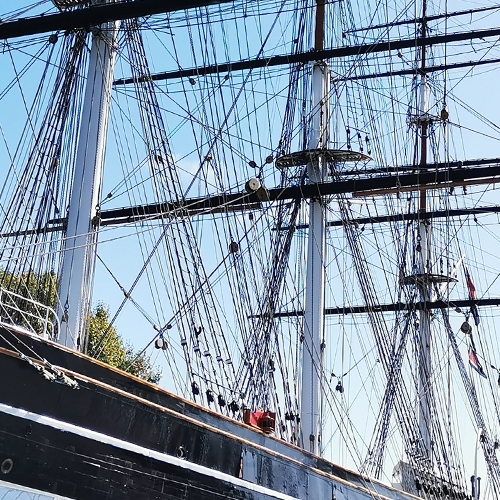 Built in 1869, Cutty Sark was one of the last tea clippers and one of the fastest. She took to the seas just as sailing vessels were giving way to steam ships. She was built in the year that the Suez Canal was opened, a development which provided steam ships with a far shorter route to

China. Cutty Sark turned to transporting wool from Australia and broke the record for the quickest journey to Britain. She eventually became a training ship before being afforded a permanent dry dock at Greenwich.

Open every day from 10am-5pm, Cutty Sark is well worth touring. She has been damaged twice by fire

but on both occasions was beautifully restored to provide a fascinating glimpse of the past. 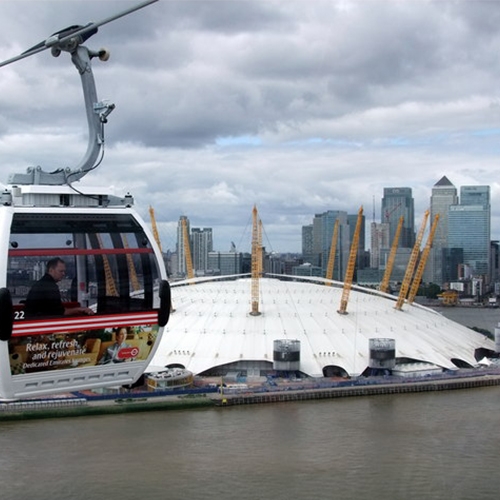 Originally built to house the ill-fated Millennium Experience, the Millennium Dome is one of the largest buildings on the planet. It now houses a fabulous entertainment and leisure complex known as The 02. This incredible development features a huge arena, smaller music venue, bowling alley, multiplex cinema, trampoline park and numerous restaurants. You may also wish to experience Up at the 02, a vertiginous trip to the top of the dome which affords spectacular views over London.

19 September, the Arena is hosting Professor Brian Cox and his Universal: Adventures in Space and Time show. Tickets are still available at the time of writing and can be booked here.

London’s first dedicated art walk, The Line, was launched in May 2015. The route was conceived as a fusion of nature and outdoor exhibition space, showcasing a lesser-known area of the capital and the work of celebrated sculptors. The walk roughly follows the line of the Greenwich Meridian and takes you from North Greenwich to Stratford. Your journey will include a ride on the Emirates Air Line cable car over the Thames.  The walk begins at the North Greenwich DLR station adjacent to The 02.

Home of Greenwich Mean Time (GMT), the Prime Meridian of the world and London’s Planetarium, the Royal Observatory is a must-visit attraction. Set in stunning parkland overlooking the Thames, the Observatory can be explored by audio tour and your adventure will include a memorable Planetarium show. Open daily from 10am to 5pm, The Royal Observatory perfectly combines science, history and gorgeous landscapes.

Discover amazing stories of exploration and endeavour at the National Maritime Museum. Entrance is free and you will find the museum to be both informative and inspirational.

Canary Wharf rose phoenix-like from the ashes of a barren, post-industrial landscape. A city within a city, it features striking skyscrapers, over 300 shops and restaurants, a cinema and one of the UK’s largest, free to visit, collections of Public Art. Shop till you drop, explore the waterside walkways or enjoy a delicious meal in a bustling commercial district of London with a unique character. Take the DLR or Jubilee Line to Canary Wharf station and prepare to be amazed. 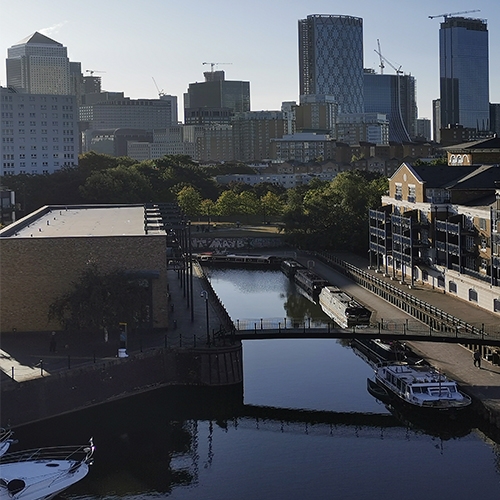 There’s much more to explore in and around Greenwich. It would be impossible to highlight every attraction here as the ATC Language Industry Summit would be over before we could finish the guide! Expect to enjoy a region of incredible contrasts, memorable views, historic landmarks and exciting new architecture. With fine dining, shopping and unique experiences also in the mix, Greenwich and The Isle of Dogs should not be missed.