The term Geordie is used to describe both the natives of the city of Newcastle upon Tyne and their distinctive accent.  Geordie is sometimes erroneously used to characterise the accent of any person from the north-east of England. However, the Geordie accent is that of the city of Newcastle as well as county Durham and their surrounding urban areas. Residents of the north-east will certainly recognise significant differences between Geordie and the other accents found in the region including Mackem, the dialect of Sunderland. Newcastle and Sunderland are only 15km apart and yet the rivalry between the two cities is intense, particularly when it comes to football. The people of Sunderland do not appreciate being called Geordies while the residents of Newcastle consider the term to be a badge of honour.

Why is the Newcastle accent called Geordie? 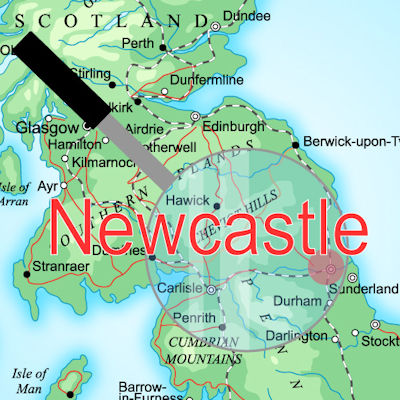 The precise origin of the term Geordie is a matter of debate although it seems certain that it is derived from the local pet name for George. The term has been used to describe the people of Newcastle for over 250 years. George was a common name amongst miners from North East England and Geordie was an affectionate diminutive of the name. Some people believe that this is why the word came to refer to the local accent. Others suggest that the use of Geordie began with the Jacobite Rebellion in 1715. In 1714, George I was appointed king of England, Scotland and Wales despite James Stuart having strong claims to the throne. Many groups in the north-east supported Stuart and were known as the Jacobites. They launched an uprising in 1715 but the people of Newcastle took no part in this. Newcastle’s economy was dependent on trade and so its merchants and leaders could not risk losing royal approval. They continued to support King George I and gained the nickname “Geordie Whelps”.

How did the Geordie dialect evolve? 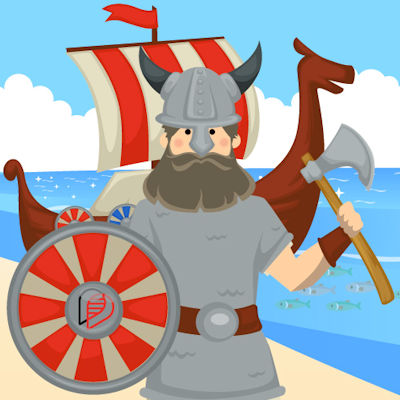 Following a period of Roman rule, the Anglo-Saxons began to arrive in Britain during the 5th century. The north-east of the country was primarily settled by the Angles. These peoples came from the Schleswig-Holstein region and the Danish Peninsula. Their language evolved into the Old English dialects of Northumbria. Modern Geordie features many Anglo Saxon words which originated with the Angles and has retained far more of these than standard English. Following further invasions of Britain, the north-east of England became linguistically isolated. The Vikings only settled south of the River Tees. Later, Northumberland resisted Norman Rule for some time following the arrival of William the Conqueror. While language across England was being influenced by the Vikings and then the Normans, the area that we know today as Newcastle was divorced from the rest of the country. As a result, the region retained a distinctive culture and dialect. Many uniquely Geordie words such as gan meaning go are derived from the language of the Angles. Sometimes it can appear as if Geordie’s are speaking lazily or that they have corrupted English words. However, they possess a vocabulary that predates modern standard English. For instance, take the phrase Aaal Larn yer which means I will teach you. It sounds like bad English but Laeran was the Angle’s word for teach not learn. Geordies also utilise the original Anglo-Saxon pronunciation of many words. They pronounce dead as dede and cow as coo.

Geordie is so difficult to understand that AI technologies, such as Amazon’s Alexa, struggle to comprehend it! The accent tends to confound untrained ears and the latest technology because it features not just unique pronunciations but also words and expressions which are only heard in the region. To make matter’s worse, Geordies use certain English words in a different way to the rest of the country! 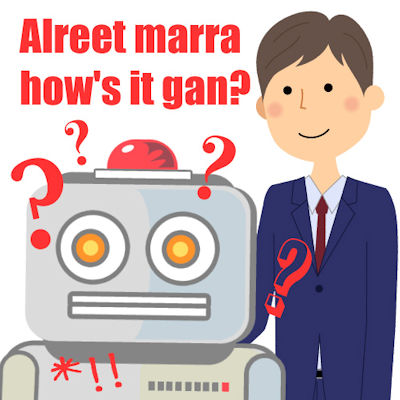 Us and we Geordies often replace the word us with we. For example, The man who caught we, just wouldn’t let we go. It is also important to note that the vowel sound here is shortened so that we sounds like wuh. Us and me Another confusing aspect of Geordie translation is the use of us instead of me!  The teacher wasn’t very pleased with us on Monday. This idiosyncratic use of us as the first-person singular can leave listeners wondering who else the speaker is referring to! The pronunciation of P, K and T When the letters p, k and t appear in the middle of words and are preceded by vowels, Geordies pronounce the consonants with a glottal stop made by constricting the throat. This is a uniquely Geordie sound and it is one that is hard for mimics to master. Church and nurse In Geordie, the vowel sound in the words church and nurse is pronounced as aw. Church then sounds like chawch. No wonder Alexa has issues with Geordie! Inserting a V When the word to is followed by a word that begins with a vowel, Geordies will insert a v sound. So, instead of saying “to us” they will say “tiv us”. Footballer Paul Gascoigne is one of Newcastle’s most famous sons. Here’s a video of Newcastle united’s most famous folk song the “Bladon Races” with subtitles, see if you can sing along :

Geordie is a fascinating accent. It is highly distinctive and difficult for outsiders to mimic. More importantly, it has retained many words and pronunciations that date back to the Anglo-Saxons and so it provides a glimpse of how people would have spoken centuries ago. Geordie is in many ways the bridge between the earliest forms of English and the way the language is generally spoken today. Sadly, Language experts are predicting that in an increasingly connected world, accents will soften and become less obvious. They may eventually disappear altogether.