English is a very difficult language to master. So difficult that most native speakers struggle to remain grammatically correct or to choose the right words for every expression. English is loaded with synonyms, homonyms and grammatical idiosyncrasies. To make matter’s worse, the spelling of many words bears no relation to the way they are pronounced. Unfortunately, the words which tend to boast the most curious spellings and pronunciations are place names.

Many British place names are routinely mispronounced by everyone other than the people that live there! Just in case you find yourself needing to ask directions, here are some of the strangest place names in Britain and their correct or generally accepted pronunciation. 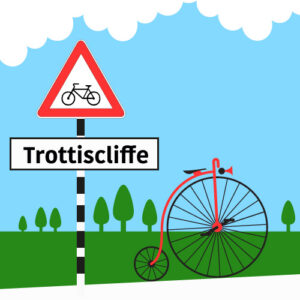 Trottiscliffe is a small village in Kent which is located 4km from the town of West Malling. This place name is guaranteed to flummox all but the locals or the regular visitors to the country park of the same name. The correct pronunciation is Trozlee!

Visitors searching for the wildlife park at Port Lympne in Kent might find the locals falling about laughing when they are asked for directions. Most people can wrap their tongue around the word Port without too many problems, but would you guess than Lympne is pronounced Lim?

The name of this appealing market and minster town in Herefordshire appears to boast Celtic origins. But that doesn’t explain why it is pronounced Lemster!

This small district in the northern county of Cheshire has only 150 residents which is probably just as well! If you are looking for Cholmondeley, you need to ask for Chumlee. 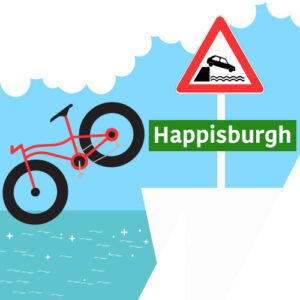 A seaside village in the country of Norfolk, Happisburgh is notable for suffering from severe coastal erosion. But if you happen to hear a news report about the cliffs collapsing into the sea near Hapisburgh, the presenter will be talking about Haysbruh.

Fowey is a characterful village and port in Cornwall. It is best known as the home of the celebrated novelist Daphne du Maurier but often features on lists of awkward place names. The correct pronunciation of Fowey is Foy.

The home of the National Motor Museum, Beaulieu is a pretty village in the county of Hampshire. If you fancy seeing the original Chitty Chitty Bang Bang car or any of the other interesting exhibits at the museum, ask for Bewlee.

This village in Devon isn’t notable for any reason other than the fact that nobody can pronounce its name. You can impress the locals by calling it Woolseree.

Surveys suggest that Frome is the most frequently mispronounced place name in Britain. The correct pronunciation is Froom. The residents have been quoted as saying that they don’t care what people call their town as long as they continue to visit it!

Ok, this isn’t a place, it’s an historic site, but Belvoir Castle had to make our list of mispronounced place names. That’s because it would be impossible to guess that Belvoir Castle should be pronounced Beaver Castle. Go figure! 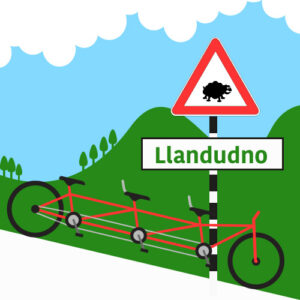 You need to forget everything you know about English spelling and pronunciation if you are to master Welsh place names, especially the names of destinations in North Wales. Wales is part of the United Kingdom but has its own language. However, less than third of Welsh nationals can speak Welsh. Llandudno is a popular seaside resort on the North Wales coast and is pronounced (roughly) Clandidno.

Another popular destination in North Wales, Pwllheli is located on the picturesque Llŷn Peninsula. The correct pronunciation of this town is puthellee. The locals are well-used to visitors engaging in verbal gymnastics, trying to get their tongues around the name.

On to Scotland! Anstruther is a pretty fishing village in Fife which is located just 14km from the legendary St Andrews Golf Club. If you need to ask directions, the locals call it Ainster for reasons which remain unclear.

At first glance, Kilncadzow might appear to be a Polish destination, but it is actually a small village in rural Lanarkshire, Scotland. Inexplicably, Kilncadzow is pronounced Kilcaygay. 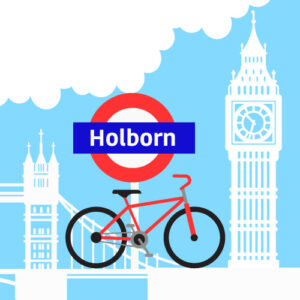 Holborn is a district of London which is adjacent to the popular tourist attraction, Covent Garden. To master this name, you need to forget that the letters L and R exist and then switch the O for a U. Holborn is pronounced Hobun.

The Bicester Village outlet shopping centre is one of the most popular tourist attractions in the UK. Bicester Village welcomes more than 7 million visitors each year. Indeed, research suggests that 80% of Chinese tourists visiting the UK make a trip to Bicester. Most will have no idea how to pronounce Bicester. The correct pronunciation is Bister.

Founded in 1920, Welwyn Garden City is a town which was designed to combine the benefits of the city and the countryside and not to feature the disadvantages of either. If you would like to visit this experimental settlement which is now well-established, ask for Well-in Garden City.

Does it matter if you mispronounce a place name?

When the name of their town or village is not spelt phonetically, the locals become used to outsiders struggling to pronounce it. They will understand what you are trying to say, and they will probably forgive your mumblings!

But it’s always nice to impress people with your perfect pronunciation.

You couldn’t possibly do any worse than British travellers who struggle terribly with Polish place names, flummoxed by all those Z’s!

Few can muster a sensible rendering of Łęczeszyce or Wytrzyszczka. Can you?